D-backs Digest | Backs Against the Wall 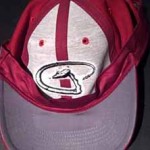 The Arizona Diamondbacks got a lucky break when they avoided the Philadelphia Phillies in the first round of the playoffs. Not that the Brewers aren’t a daunting opponent, but not quite the death sentence that a series against the Phillies would represent. Once you reach the postseason there are no easy wins, but certain match-ups are more favorable than others – on paper.

The biggest concern for the D-backs entering the playoffs was the lack of home field advantage — meaning that they’d open up on the road and play the majority of the series on the road. To have a legitimate chance of winning the series, the visiting team must win one of the opening two games on the road. If not, the chance of pulling out the win is next to impossible. 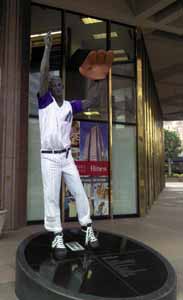 The D-backs lost the opener in a match-up of aces. I was hard for D-backs fans to watch Ian Kennedy take the loss because it’s something that only happened four times this year and he hadn’t lost since August 18. He’s been so successful this season that it’s almost expected that they’ll be victorious when he’s on the mound. Unfortunately in game one it was Milwaukee starter Yovani Gallardo that cruised to the victory.

The game could have turned out differently, but the D-backs gambled in the first inning and it didn’t work out. With a runner at second and one out, Justin Upton singled to left field. If Willie Bloomquist would have been held at third, there would have been runners at the corners with one out. Instead, Bloomquist was sent home and called out at the plate. The rally was foiled as quickly as it was started and the offense never recovered.

More of the same
In game two the D-backs fell behind early when Ryan Braun rocketed a two-run homer to center. The Brewers have a scary lineup with MVP-caliber bats Braun and Prince Fielder in the middle. Both players have already homered in the series.

The D-backs battled and were able to keep it close with solo shots by Paul Goldschmidt and Chris Young. Then in the top of the fifth, Justin Upton crushed a two-run bomb to tie the game at four.

Unfortunately the tie didn’t hold up long. With the game still tied, things unraveled quickly in the bottom of the sixth. A critical balk, an error on a squeeze bunt and a few timely hits later the D-backs found themselves down 9-4. The D-backs have been the kings of comeback all season, but erasing a five-run deficit in the playoffs was very unlikely.

Make it a new series
The D-backs are down 0-2 in the series and the chances of winning the next three are slim. Despite the challenge, the team needs to dig deep and make the most of their playoff opportunity. They’ve battled all season to put themselves in a position to compete in the postseason. Chase Field will be rocking and the D-backs need to reward the fans with a few victories. If they can pull it off, then they’ll head back to Milwaukee for a deciding fifth game. At this point, just having a chance to steal the series would be an accomplishment.

What: Game 3 of the National League Divisional Series