This Friday, come check out one of the more unique art exhibits to hit the Valley this year. Phoenix designer/filmmaker Safwat Saleem is debuting “A Bunch of Crock” on Friday, December 3, at Bragg’s Pie Factory in Downtown Phoenix. Doors open at 6 p.m., and the event will probably go on until 9:30 p.m. The exhibit consists of a poster show and several satirical and over-the-top audio/video installations. 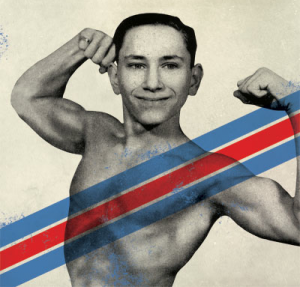 A Bunch of Crock is an art exhibit about the absurdities of political campaigns and the unfortunate role of minorities. Filtering through various political messages in this election year, the common thread seems to be this: 1) politicians and pundits think the general population is too stupid to tell fact from fiction and 2) promoting fear of minorities is good politics.

Using satire and good old-fashioned profanity, this exhibit attempts to bypass the spin and tell the audience what the politicians and pundits actually mean, and how they portray minorities to promote fear and manufacture outrage.

What makes this exhibit unique is that was funded through Kickstarter, a microfunding platform for creative projects. More than 40 donors pledged between $12 and $100 to produce the gallery exhibit, which consists of printing large-format posters; producing stickers, buttons, postcards and signage; renting audio/video equipment (projectors, screens, speakers, etc.) and renting tables and chairs. While the First Friday show has been funded, additional funds are still being sought for rental of a/v equipment for future shows, including a planned Third Friday date (December 17, 6:30 to 10 p.m.)

Safwat’s video submission to Kickstarter explaining the concept and premise for the project can be found here.

NOTE: Both the video and website contain profane text.