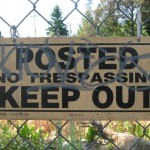 Seeking artists who impose restrictions on themselves or others or who choose to continually test and push boundaries conceptually and physically in their work. Like the first polar explorers, ultra-marathoners or Guinness record-breakers, individuals who choose to question boundaries or limitations open themselves up to a risk that many aren’t willing to take, especially now in a culture that is becoming more regulated and monitored due to a heightened sense of fear. This exhibit will highlight artists who share an adventurous attitude but who, more specifically, feel compelled to test their own limits, the limits of the system they function within or who intentionally impose restrictions on themselves or their participants. Of particular interest are artists using performance, interventions or works that inherently test systems like using the architecture of the internet against itself or functioning on the brink of what is socially acceptable or legal.

This exhibit will be housed in an art space but include relics or documentation of site-specific works created throughout the city and other locations as well as instructional pieces and other ways to engage the audience within the space. Artist does not need to be on-site for the exhibit if their work is instructional, video or has relatively simple set-up. Possible entries/proposals could include but are not limited to: video, projection, intervention, performance, web-based, ephemeral, instructional.

Exhibit will run for one month at the historic Braggs Pie Factory in the Grand Avenue district of Phoenix, AZ. Call to artists is open to any U.S. artist.

Direct questions to Jen Urso at the above email address.

About the curator:
Jen Urso is a multi-disciplinary artist who has curated group and solo exhibits at locations such as the Icehouse, eye lounge and First Backyard. She has exhibited her own work in Arizona, New York, Oregon, Colorado, Mexico City and Rio de Janeiro and published her book the things in between in conjunction with a solo exhibit at Modified Arts in 2011. Jen has been a proponent of the Phoenix arts community for years and looks forward to involving and exhibiting artists from around the country. (She also is a DPJ contributor.)