Make the Scene | The Constellation Branch 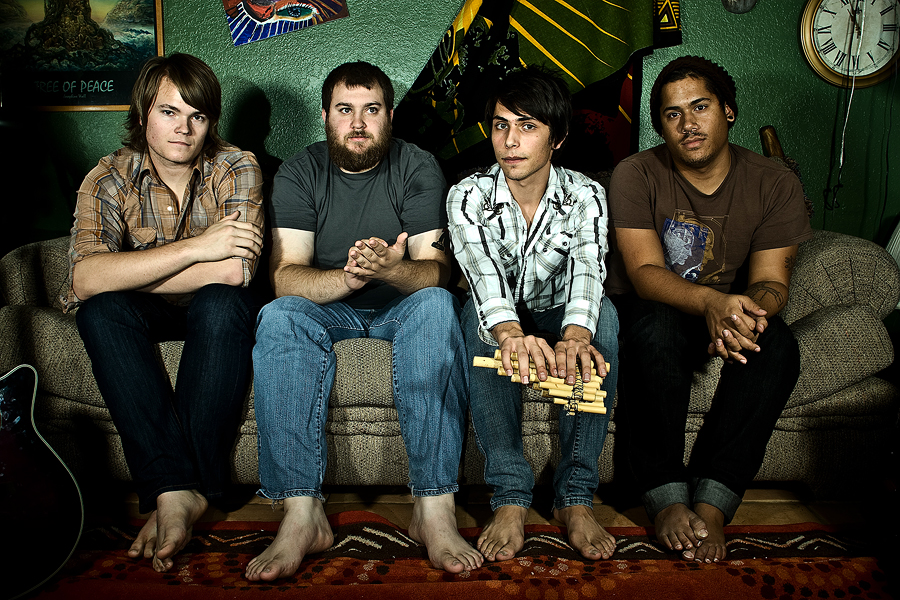 With a name like The Constellation Branch, it’s hard to guess what kind of sound the listener should expect.

The Phoenix-based band has just finished recording and making its new EP, Mirage, which is set to release September 17. Yet compared to its previous full-length, The Dream Life, The Real Life, The Empty Glass…, the band has gone in unexpected directions. For example, Downtown folk songstress Country Marie Andrews is screaming at the top of her lungs on the EP’s finale.

“It’s not a concept like the first album was,” vocalist/guitarist/keyboardist Jordan Cruz says of Mirage. “It’s really diverse. The first song is instrumental and ambient, but then it leads to dancier stuff.”

Cruz likens the theme and lyrics of this album to a mirage.

“Something in your life that you believed was something for so long, but then realize it’s nothing like what you had planned it to be,” Cruz reveals.

Although The Constellation Branch — Cruz, Bryce Hill (guitar, keyboard), Aaron Motley (bass) and Stephen O’Sicky (drums) — is just now getting its name out, the band has been around the Valley for quite some time. They debuted in 2006 with only Cruz and Hill, and Motley and O’Sicky came on a year later. The result is a sound that is a dark indie experimental combination along the lines of math rock like At the Drive-In, yet the keyboard adds softness to the mix.

Over the years, The Constellation Branch has played at places like the Modified Arts, The Trunk Space, The Rhythm Room and Yucca Tap Room, but they’ve had their fair share on the road as well. They have traveled all over the West Coast and played at South By Southwest, but never got the opportunity to play a highly sought-after showcase at the festival.

“The people we did meet were all fantastic, and we did gain new fans and made some really great contacts,” Hill says of SXSW. “But in the end, I am not sure we would play again unless we were playing an official showcase.”

As with many other bands, The Constellation Branch hit a speed bump on the way home.

“We were pulled over for speeding,” Hill recalls. “Apparently it’s a crime to drive 65 at night in Texas.”

The police ended up searching the van and came back empty-handed, except for O’Sicky.

“The most memorable quote would have to be when the cop was searching Steve and he found his drum key in his pocket,” Hill says. “The officer pulled it out and said, “What’s this? Some sort of cocaine separating device?”

Police must find some interesting paraphernalia in Texas…

Back in Arizona, the band has signed a digital distribution deal with Downtown-based River Jones Music. They’ll stay busy in September, playing at Holga’s on First Friday at around 9:30 p.m., before embarking on a brief California tour to promote Mirage. They’ll be back in Arizona in time for their EP release show with Small Leaks Sink Ships at the Sail Inn in Tempe on September 17.

Want to check out The Constellation Branch on First Friday? Holga’s is located at 821 N. 3rd St. in Evans Churchill (light rail at Roosevelt Station).