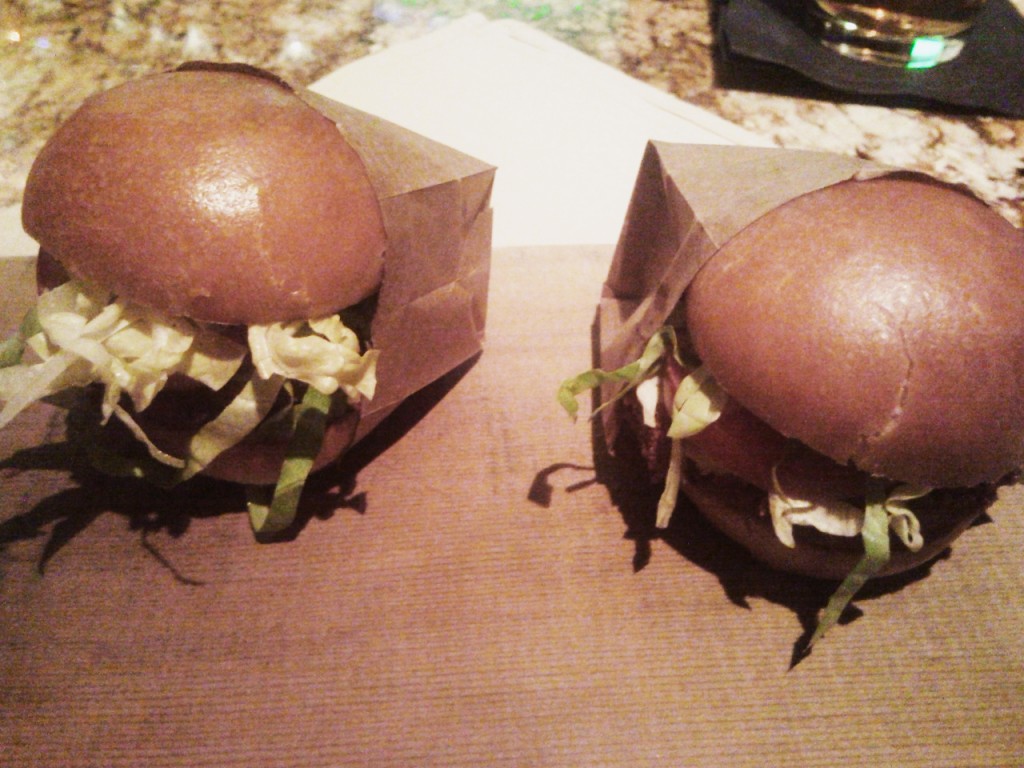 Normally, when I think of hotel restaurants, my mind settles on awkward buffets filled with gray-hairs and the bustle of frantic families racing downstairs with obnoxious children as the most familiar soundtrack for these establishments. To my joy, The District American Kitchen is nothing like this.

Out for one of the last comfortable summer strolls around Downtown, I decided it was time that I check out what the hubbub is regarding the Sheraton’s lobby-level dweller. I always seem to hear good things, so it was naturally beyond time that I set foot there.

For a “snack” list, they have some interesting-sounding grub. Buffalo Nuggets, Po- Boy Shrimp Sliders and Cheesy Corn Dogs, to name a few. I settled on Phillip’s Crab Cake Sliders. Anything that someone is willing to put their name on can’t be bad, right? I remained content at the bar sipping on a ice cold Nimbus Blonde until the delectable sliders appropriately were slid under my nose.

The dim light of the bar made picture taking a little bit hard. Fortunately, devouring these bad boys was extremely easy. Honestly, have you ever had a bad crab cake? I haven’t. True to form, these three-bite morsels were extremely tasty. Topped with a lemony mayo, shredded lettuce and tomatoes, this was a delightful treat. I was immediately whisked east, conjuring images of rocky coastlines, cool cocktails and summers at the Cape. The waiter questioned my seemingly catatonic glance off into the distance as I was dreaming of the East Coast, but no matter. That’s what a good crab cake does to a man.

So, I highly suggest you stroll Downtown sometime and check out the District’s bar snack menu. On that fine eve, you will be faced with the trouble of settling on what delectable snack best complements your brew. It’s not a bad problem to have.

The District American Kitchen is located in the lobby level of the Sheraton Hotel at 320 N. 3rd St. in the Downtown District (light rail at Central Station) — 602.817.5400