Get Your Boutique On: Melrose

Three such establishments, Qcumberz, Rust and Roses and Retro Ranch, capture the essence of this mile-long mecca. All three strive, and succeed, in creating an environment where shopping is fun again and treasure hunting pays off — big time. 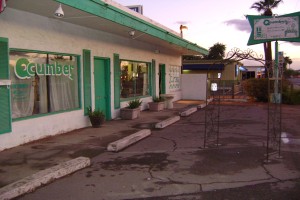 QCumberz has been a mainstay in Melrose for years.

The oldest, 15-year-old Qcumberz, has endured a major face lift and expansion to its current 6,500 square feet. Yet it’s enjoyed steady business despite a faltering economy and seemingly constant construction.

“We have shoppers from every strata: young, old, rich, poor. [There are] just as many single guys as women buying for the home,” says owner Linda Moore-Lanning. “We have low prices — the best prices in town — and a broader range than most stores.”

Moore-Lanning, 64, took over the store 10 years ago and has remained a hands-on business owner ever since. Even as her husband battles cancer, Moore-Lanning continues to purchase products, style the store and stay involved.

“It’s a small business, a classic mom-and-pop shop” she says.

Indeed, the store resembles a collection of pieces from the mom-and-pop shops of the 1950s. Or, in many cases, items from houses that belonged to someone’s mom and pop. From full table-and-chair sets to seedy romance novels, Qcumberz leaves no decade or genre unturned. It even boasts an impressive collection of historic doors and windows. Yes, windows. 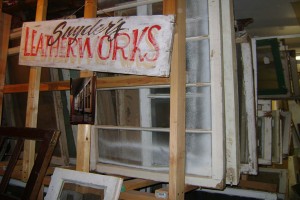 Moore-Lanning notes that there are a lot of historic homes in the area that look for pieces that fit the time period — be it furniture or a specific hinge. Many customers come in looking to start a project. They find ideas, parts and pieces, she says. And, though the shop does see a lot of customers who come in looking for desired pieces, many come for inspiration.

“A lot of people come here and browse for two or three hours,” she says. “A lot come to escape. It triggers a memory.”

Undeniably, all of the store’s stock belongs to someone’s memories. Moore-Lanning does most of the purchasing, though Qcumberz is home to five or six different vendors. They bring in their finds, and Moore-Lanning gets a piece of the commission. The variety is apparent, providing the ideal environment for perusing on a lazy afternoon, and the items change daily. 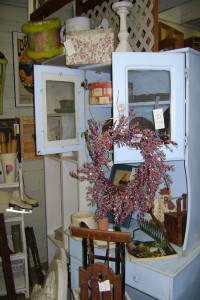 There are always good finds at QCumberz.

That constant inflow and devoted patronage has kept the Melrose District on the map as a shopping destination. Soon after Qcumberz opened its doors on a then-vacant 7th Avenue, several like-minded shops followed suit. Though the local market took a bit of a dip after 9/11, Moore-Lanning says she noticed one day that there were suddenly 25 boutiques in the district. The number has stayed fairly consistent, which allows businesses to feed off each other’s customers.

“We’re probably the best-known independent store,” she says. “It’s the kind of business America is made of. The economy has definitely affected it, and in some ways we should be recession proof. But, when people start to need more furniture… when the cabinet breaks for the sofa rips… we’re a fun store. We’re a destination shop.”

Ironically, the destination status hurt Qcumberz during the three-year light rail construction. Business slowed substantially for the entire district, and even with the light rail recovery has been slow.

Yet, fellow businesses Rust and Roses and Retro Ranch have also maintained a modest yet consistent following. 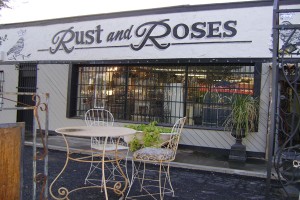 Rust and Roses has maintained steady business despite the economy.

After 12 years in the business, Shelly Session has seen boutique traffic ebb and flow. Session, 44, opened Rust and Roses three years ago. The store is an extension of Session’s own style, and its success led her to open a companion clothing boutique, Sirens and Saints, this past September. The boutique was something she always wanted to do, she says, and has only helped business.

Whereas Rust and Roses has an “urban farmhouse chic” feel, she describes Sirens and Saints as a place to find “hand-selected, limited-quantity clothing at a very good, competitive price point. A vintage feel in an urban, hip way.” Regardless, Session’s stores are rooted in practicality.

In choosing the products to showcase in her stores, Session says she looks for two things: functionality and feeling. The pieces have to fit the mood of the store, which she calls “dreamy, monochromatic and livable.” 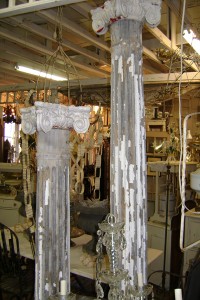 Rust and Roses offers all kinds of unique items for the home.

“It doesn’t matter if you put a glass on the table, it makes it better,” she says.

All of the garden iron pieces are manufactured from vintage prototype pieces. The store itself feels French inspired, with a touch of flair — Session has two pairs of Romanesque columns and a pair of old chairs reupholstered in zebra print. She styles the store to look like a livable warehouse, with furniture that could be from your grandmother’s house — except grandma would never showcase a pair of gold heels in a bell jar.

Session travels at least once a month to collect the pieces she sells. The continental U.S. is fair game, but the majority of the inspiration and look comes from Western Europe. Still, Session does not discount the power of Phoenix. She regularly participates in Third Thursday, and frequently has artists perform in front of her store.

Utilizing a local atmosphere has kept Melrose alive, and that is the sole feeling behind Retro Ranch, located just up the street from Rust and Roses.

Owned by Indigo Nielsen, Retro Ranch houses vintage found in the Phoenix metropolitan area. The inspiration for the name comes from the ranch-style houses in the area. The store has a distinct 1960s and ’70s feel, and Nielsen primarily finds her items at yard or estate sales. 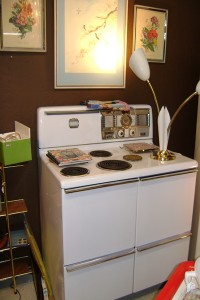 Only at Retro Ranch...

She attributes Phoenix’s diverse population and constant influx of people to the great finds she sells. The fact that Melrose has so many great treasure hunt boutiques on one strip has only solidified the district and given it a new energy, she adds.

Retro Ranch lends itself to a fun environment, and is constructed that way to benefit the customer, she says. It was given the Phoenix New Times 2009 Best of Phoenix award for vintage clothing, most of which is supplied by vendor lollyPOP vintage.

In addition, Nielsen houses a large collection of furniture and one-of-a-kind pieces. She hopes to expand the store in the direction of accessories, and has received many requests to carry record players and similar music equipment.

The best part of the business, Nielsen says, is not dong the collecting and buying that she loves, but meeting the customer.

“I just love getting to meet the cool people that walk in the store. I feel so lucky,” she says.