Get Your Boutique On: Central and Camelback

Red Hot Robot is what owner Jason Kiningham describes as, “The definitive designer toy store in town that carries collectibles and gifts, including designer toys, art, books clothes and gifts.” 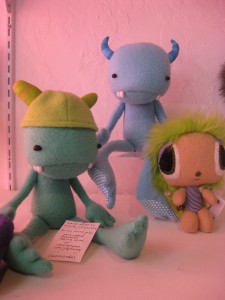 Don’t know what the designer toy movement is? Drop by and Kiningham will explain it with the passionate finesse of a true collector. Before even beginning our interview, Kiningham explicitly explains each of the various lines of toys.

“Designer toys in general [are] a combination of a bunch of different movements like pop cultural, comic books, anime and lowbrow art and music, film and TV, and brings it together. It is very unique and dynamic and has caught the eye of a lot of different people,” Kiningham says.

Featured at stores like Urban Outfitters, designer toys include the popular lines of Dunnys, uniform bunny molds that various artist paint and design unique to their style, and Uglydolls, a line of plush dolls that are so ugly they’re adorable.

“One of Obama’s girls went to school with an Uglydoll in her backpack at the beginning of the year,” says Kiningham. “Those things are making the movement more widely known.”

Items in the store range from $8 blind boxes, where you never know what you’ll get, through collector’s items priced around $100. Kiningham describes his target market as “consumers.”

“The No. 1 consumer is the passionate toy and art collector, and No. 2 is the gift buyer or the casual buyer. I have a lot of items for non-collectors. I cater to whatever consumers are interested in.”

He admits the change in the economy has eliminated a lot of his regulars. Now, Kiningham is careful to only buy what he knows he can sell.

Red Hot Robot’s name fits. After making a list of words he liked, including robot, Kiningham “literally woke up in the middle of the night and Red Hot Robot just stuck.”

“Robot,” according to Kiningham, already carried the cache of designer toys. Kid Robot is the most predominant designer toy maker, and only two other things sport the same name: an East Coast DJ and a 1950s comic series. “It is a perfect fit,” says Kiningham.

Frances: Something for every woman

The stores at Central and Camelback all seem to be a perfect fit, like a tiny jigsaw juxtaposed with a Boston Market, lawyers’ offices and the light rail stop across the street. Each has an exposed wood-beam ceiling and is warm and welcoming.

Frances, one storefront over from Red Hot Robot, is an eclectic boutique owned by Georganne Bryant. Bryant seems to be an every-person’s woman. She greets her customers like old friends and she carries friendly conversation with a pair of teenage girls excited with their purchase.

The store, which opened in May 2006, has a folk feel to it. Mismatched, antique, wooden armoires display jewelry and clothes. Feathers, tree branches and antlers create a unique decorative appeal. A chalkboard behind the registers adds a crafty touch.
Gifts, clothes and vintage items are in every nook of the space. Bryant finds her vintage pieces at estate sales and markets. Frances carries about 40% local pieces.

The interior designing is done by Bryant, herself. “Everything about it is in my head,” she says.

The shop is a direct reflection of Bryant’s personality and style. She doesn’t sell anything she doesn’t personally like. A stay-at-home mom raised in Tucson, Bryant was encouraged by her daughter to open the boutique. “She felt like I had a sense of style,” she remarks.

As for the name, Frances, “It was my grandmother’s name. When I was trying to figure out what to name it, I wanted something that was meaningful, so that stuck with me,” Bryant says.

The store appeals to every woman. “I have high school girls who love it, and women my age like it. Even 70-year-old women. It’s all ages,” says Bryant.

The same goes for Bryant’s other store, Smeeks, which opened in July. Located on the other side of Red Hot Robot, Smeeks is an old-fashioned, good-times candy store. “A lot of the neighborhood kids will walk with their parents to the store,” Bryant says.

Painted light blue and red, the shop smells strongly of sweet peppermint. A cute candy house sits on a ledge next to the shop’s name in lights. The store houses a photo booth, and its photos decorate a wall. 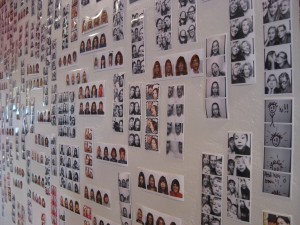 Smeeks: The photo booth is a hit, to say the least

Smeeks is Bryant’s nickname. “My father still calls me Smeeks. I’m not sure where he came up with the name,” says Bryant.