As of this morning, METRO has enacted an Adopt-A-Station initiative along the light rail line. During the press conference, which took place at the Roosevelt/Central station (aka “Arts District” station), Mesa Vice Mayor and METRO Board Vice Chairman Kyle Jones boasted that Mesa’s lone stop at Main and Sycamore is the busiest of any of the rail stations, much to the chagrin of Phoenix Vice Mayor and METRO Board Chairman Tom Simplot. (Simplot argued that 19th and Montebello, the line’s “first” station, is by far the busiest.) Though fisticuffs didn’t ensue, a staged challenge between the Mesan and the Phoenician was presented: During September, if Mesa’s line proves to indeed be the busiest, Simplot will personally maintain the station’s appearance. The same goes for Jones and the Montebello station. Game on!

While these shenanigans play out, there’s business to attend to. Specifically, local business. Downtown has stations that need neighborhood sponsors. Here are my suggestions. Let me know what you want.

Anyone have any other thoughts? 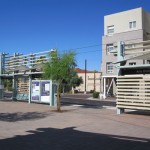 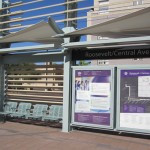 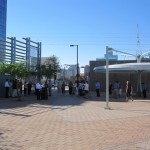 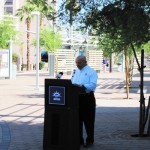 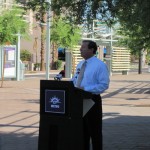 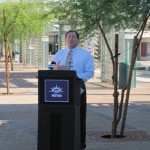 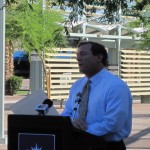 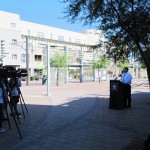 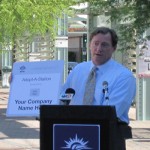 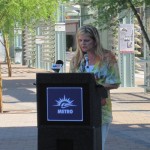 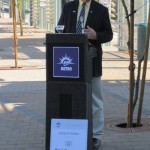 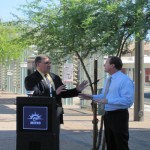 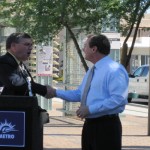 The bet is in place 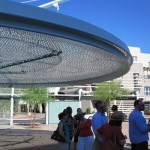 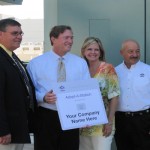