We’re no Seattle (or New York, or Chicago or Portland), but it’s no secret that Downtown Phoenix is supporting a decidedly growing coffee culture. In full disclosure, I consider myself more than slightly addicted to coffee, and the thought of going to get a cup right now sounds enticing. I’m always intrigued to hear of new spots opening, and this year has seen its fair share of notable openings. Sure, there are locally owned coffee spots all over the Valley, but 2009 has really been the year of the espresso shot in Downtown Phoenix.

There’s an ever-growing list of hipster hangouts, java-scented corners and makeshift co-working locations. Is it over saturation, or is it a growing indication that this is a relevant place (something that’s seemingly debated on a day-to-day basis)?

There’s only a few weeks left in the year, but we may have three brand new places to get our first coffee of 2010 if opening dates hold up.

Cartel, the reigning king of independent coffeehouses in Tempe, is opening a location across the street from the CityScape site. The space, which was once another coffeehouse (Hot Shotz), opens in mid-December, and is bringing the infamous Clover espresso machine from the other location along for the ride. 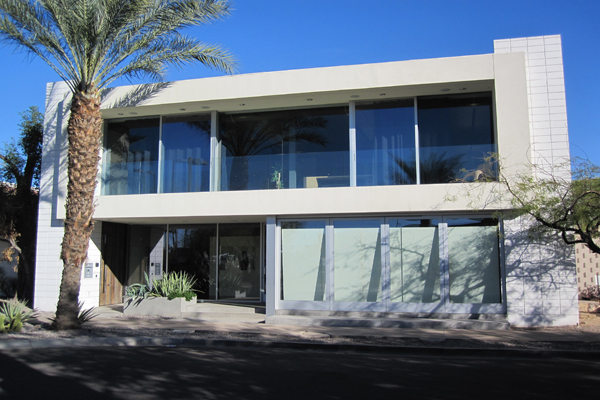 Matt Pool’s notoriously delayed but very much anticipated Giant Coffee seems just about ready to open, but we’re not quite sure he has the menu down just yet. Preview events of the space have yielded positive reviews, and Pool’s latest projection has the space inside the Link building (home to [merz]project) opening sometime before Christmas.

Then there’s the second outpost of Lola Coffee (the first has barely been open six months) in the historic Gold Spot Building. After Calabria deli unexpectedly closed up this summer, it seemed the Gold Spot was a doomed locale. Now that Lola and Pita Jungle have both started the move-in process, this could be the most happenin’ corner in Roosevelt. Since it’s the closest java place to Fort DPJ, expect to see me there often. Probably too often. Details on an opening date are mum, but there are whispers of a late December opening.

So, my New Years resolution is to drink more local coffee. See you all out there, sipping your joe.