Even Stevens Helps Community One Sandwich at a Time 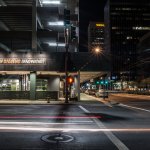 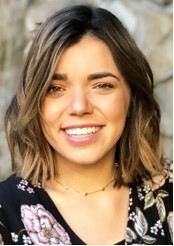 Downtown Phoenix is home to many restaurants and coffee shops that contribute to social causes. Even Stevens Sandwiches, at 21 W. Van Buren St., opened in December 2016 and seeks to serve the community by donating to nonprofit organizations that feed them.

The Utah-based restaurant chain identifies four nonprofits for each of their locations to work with in support of that local community. The downtown Phoenix location works with Phoenix Rescue Mission, St. Vincent de Paul Phoenix, Desert Mission Food Bank and the Sojourner Center. Keith Jensen, the area coach in charge of multiple Even Stevens locations, talked about the businesses philosophy and how that impacts the community.

According to the Even Stevens website, each month the restaurant figures out the number of sandwiches sold and multiplies that by the cost of ingredients for the nonprofit sandwiches (their website sites $.54 per sandwich). Once that number is determined, a budget is given to each of the four nonprofits according to their needs. These organizations then order products within that allocated budget when needed, and the product is then delivered to the nonprofits by Sysco.

“In just a little over a year, [we’re] about to hit 100,000 sandwiches donated here. We’re at about 97,000 right now,” said Danny McKinney, general manager of the downtown location.

“Obviously because we have such a great location right down here on the corner of Van Buren, we definitely have high expectations that we’ll be able to have a direct impact on the community,” said Jensen. “By 2020, our goal is to try to have 200 restaurants,” said Jensen. “If we get to that point, we’ll be donating a million sandwiches a day.”