A Day at the Chinese Culture and Cuisine Festival 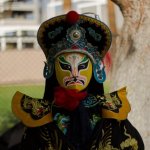 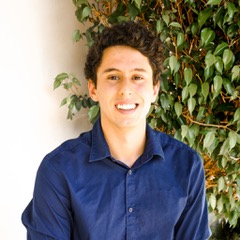 From February 16-18, Margaret T. Hance Park played host to the Chinese Culture and Cuisine Festival. The three-day celebration brought Phoenix’s Chinese community together as the Year of the Rooster gave way to the Year of the Dog.

Thousands of people came out to meander through the rows of small white tents where merchants were selling Chinese clothing, jewelry, and innumerable different trinkets. A dozen local food trucks clustered near the entrance, and at the back of the park was a bright red event stage, whose green-gabled roof and gold ornamentation was styled after traditional Chinese architecture.

When I arrived at the festival, the first thing I did was go to the information booth and ask them where I could find the steamed pork buns. They pointed through the trees towards a circle of food trucks and food stands, and I was off. Cuisine comes first.

When I made it to the area encircled by the food trucks, I found a pleasant sort of pandemonium. In about 3 minutes, I dodged children darting between tables in bright pink kimonos and black silk shirts adorned with gold dragons, stopped to pet a dozen dogs, accepted a yoga book from a traveling Buddhist named Carlos, and wandered wide-eyed between stalls cooking dumplings in wicker baskets or stirring piles of golden noodles in a massive iron wok, all while madly buffing my camera lens to clean all of the soy-scented steam condensing on the glass–I was loving it.

Besides the steamed pork buns, there were also stands selling teriyaki noodles, dry-rub chicken skewers, and ahi poke bowls. The food showcased the variety of flavors in Chinese food, giving festival-goers a glimpse into the diversity of China’s regional cuisines. Eventually, though, I had to pull myself away from the food and venture out into the bustling crowds.

One of the first things I noticed was the abundance of colors that stood out against the white tents. Near the entrance, there were racks of clothing filled with vibrant greens, reds, and yellows that shimmered with gold filigree. Walk a little further, and there’s tables overflowing with gold, jade, and dark red Buddha statues (my favorite was the Happy Buddha; a quick google search will surely put a smile on your face). Adding to the colorful items were the colorful people tending to the stalls. At the table with Buddha statues, the woman kindly fussed over which one was perfect for my friend. In another tent, a soft-spoken man chatted amicably with me about the meticulous process of pruning his Bonsai trees. Dozens of miniature trees, from Cypress’ and Junipers to Ficus’ and Chinese Elms, lined the shelves inside the tent. The most delightful specimen, however, was a tableau of a tiny ceramic fisherman ensconced by the rose-tinted leaves of a Japanese Maple.

Past the tents was the event stage. Throughout the weekend, the stage featured wide-ranging and rather eclectic groups of performers that merged both modern and traditional Chinese culture. For example, one woman gracefully performed a traditional tea ceremony, while another woman narrated the history and significance of the movements.

Immediately following the subdued ceremony, a yo-yo extraordinaire with the moniker “Julius the Up and Down Man” jumped on stage in a whirlwind of string and plastic and dance music. Both were impressive in their own way.

Other highlights from the event stage included a group of teenagers who mixed karate with dance. One minute there were hands, feet, and heads smashing through wooden blocks, and the next they were performing a sort of combat-inspired hip-hop dance number. Also featured on stage was a Chinese choir and a masked man performing a traditional face-changing dance, but the finale was the Dragon Dance.

With the boom of drums and the crash of cymbals, a bright orange and yellow dragon with fierce eyes began its dance. To the delight of the children in the crowd, the costume was able to open and close its mouth and eyes, but the display didn’t go over so well with everyone. From the side of the stage, the world’s smallest terrier was thrashing at its leash and yapping madly at the dancing dragon. In a moment of improvisation, the dragon cowered, shook, and ran from the bold little terrier before bowing to the venerated namesake of the festival. The Year of the Dog, indeed.