WPA Still a Work in Progress 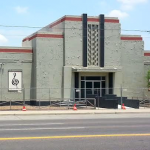 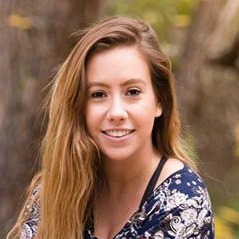 Historic preservation is a rising issue in Phoenix as increasing land prices put pressure on property owners to sell their historic buildings. As infill projects bring new developments such as high-rise apartments to the downtown area, must pieces of Phoenix’s history be given up in return?

Many say otherwise. In one recent effort which is still in progress, Jim McPherson, the president of the board of directors for the Arizona Preservation Foundation, led a group of preservationists who raised funds to save and rehabilitate the Works Progress Administration (WPA) Building located at the south end of the Arizona State Fairgrounds, at 1826 West McDowell Road.

The building, constructed in 1938, was the headquarters for the WPA, which was an emergency program created by the Roosevelt Administration during the Great Depression.

According to the City of Phoenix Historic Preservation Officer Michelle Dodds, the WPA made the Arizona State Fairgrounds their Arizona headquarters in the mid-1930s. The agency employed millions of Americans in the late 1930s to the early 40s, and at its height employed more than 14,500 Arizonans.

“It’s not architecturally a very interesting building, but its history is crucial,” said Dodds.

When the New Deal Program was over, the building was occupied by AiResearch, a technology and manufacturing company, and was then converted into an exhibition space for the Arizona State Fairgrounds. In 1993, part of the building was converted to office space, and it has been left vacant since 2005.

In 2014, preservationists became aware of the Arizona State Fairground’s plans to demolish the WPA building when the Arizona Exposition and State Fair Board went before the Joint Committee of Capital Review looking for approval for funding.

According to Arizona Rep. Lela Alston, D-Phoenix, who sits on the committee, fairground officials were looking for approval to spend $150,000 on streetscape improvement. Alston said she was suspicious they were spending so much money in this area, so she decided to ask how they were planning to spend the money.

State Fair representatives then disclosed that they were going to hire bulldozers to knock down the WPA building and level the ground to make more available space, according to Alston.

This was when Alston “sounded the alarm in the community” and alerted preservation activists about the State Fair’s plan.

Once word got out, preservation advocates sprung into action, gathering information, making calls, and talking with state officials and District 24 State Representatives Alson and Ken Clark, and Senator Katie Hobbs, to find out what could be done to save the building, according to McPherson. McPherson said that this bought the group time to find the underlying cause of why the State Fair wanted to demolish the building and to identify what could be done to save it.

According to McPherson, the State Fair planned to demolish the WPA building to make room for more vendor space. Tensions rose when at one point there was a bulldozer on-site, causing many to fear the worst. However, the restraining order was in affect at this time, and according to McPherson, the City of Phoenix brought out police to stand guard overnight to make sure nothing would happen to the building.

The City of Phoenix hired Swan Architects to do a study of the building to pinpoint what needed to be done to rehabilitate the building and outline possible adaptive uses.

The report concluded that despite deterioration that resulted from lack of maintenance, the building is in good shape, with the character-defining elements still intact. The area of most concern is the roof which is deteriorating.

According to the Swan Architects report, the building’s original roof was replaced in 1979, but it has out-lived its standard lifespan and requires further maintenance.

G.G. George, president of the Encanto Citizens Association, said, “we are concerned that the amount of deterioration of that building will come before we have a real chance to get in there and save it.”

George said that the WPA is not the only building with deterioration problems.

Lauren Allsopp, a faculty associate at Arizona State University, was teaching a historic preservation class at the time and had her students create building reports on historic buildings in Phoenix for a class project.

Her students assessed several of the historic buildings located on the fairgrounds, including the Cattle Barn, the Grandstand, and the WPA Building.

“What we’re building today won’t make it to 50 [years],” said Allsopp, noting the WPA building is pushing 100 years and still in good condition.

All while this was happening, the stakeholder group succeeded in raising over $400,000 to go toward the rehabilitation of the building.

According to McPherson, with the urging of Council Member Laura Pastor and Mayor Greg Stanton, the Phoenix City Council granted $120,000 in historic preservation bond funds. The state put $120,000 in the budget for the 2017 fiscal year which was allocated to the renovation of the WPA building. This mirrored the city’s contribution of $120,000, providing the required match for bond funds.

The Phoenix Industrial Development Authority (IDA) contributed $80,000 to the cause, and $40,000 was raised in private funds. The stakeholder group also received about $125,000-$150,000 in in-kind contributions, with businesses donating their services to help the building, according to McPherson. G.G. George contributed to the effort by writing a book called “The Arizona State Fair.” This book draws attention to the rich history and importance the state fair has in Arizona.

“Arizona has a wonderful heritage, a good portion of that heritage is at the fairgrounds, and that’s why we want to see those buildings maintained,” said George.

As for the future of the building, the City of Phoenix has requested a 30-year conservation easement from the state which would mean the state would agree to protect and renovate the building, according to McPherson.

However, McPherson said the state is reluctant to accept the easement which will halt the renovation of the building.

“Now it’s a situation where the State of Arizona and the city need to come to some sort of an agreement on future protection of the building,” said McPherson.

Leonard is currently working with the Arizona Exposition and State Fair Board to plan for adaptive reuses for the WPA and other historic buildings on the fairgrounds.

The State Fair Director Wanell Costello said that finding the funding for the renovation is the primary concern.

“Because capital improvement funds are limited, we have made a continuous effort to focus repairs and improvements on those buildings and areas that are currently in use and generating revenue,”  said Costello, “Unfortunately, the WPA building is not one of these areas.”

Following up on Governor Doug Ducey’s early 2017 Request for Information (RFI) on what the development community and the general public might like to see at the State Fair, Leonard is working to organize a charrette with stakeholders and State Fair representatives, so they can discuss in greater detail what could be done with the fairgrounds.

“How can we activate these buildings so that they have a really good use,” said Leonard. “Because right now, sitting abandoned…that’s not the highest and best use for those buildings.”