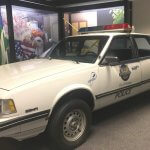 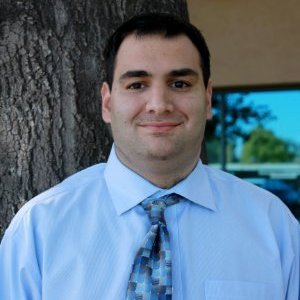 To learn a little bit more, we spoke to theAssistant Curator of the museum, Robert Demlong. DPJ: How was the Phoenix Police Museum Created?
RD: In October 1993, a small group of dedicated employees started a committee that eventually created the Phoenix Police Museum as 501c3 nonprofit museum. It started as a small exhibit at the Historic City Hall, 17 S. Second Ave. With the assistance of Cindy Myers from the Phoenix Museum of History, a temporary six-month display was created. The event was enthusiastically received. The Arizona Humanities Council funded a study of the artifacts which demonstrated that the museum had ample material existed to open a small museum.

Barrister Place was selected as the first site of the museum. Through generous donations from Motorola, the area was painted and re-carpeted. Home Depot, Store #455, donated construction material for the creation of exhibit areas. Volunteers prepared the exhibits including a mock up of a 1910 city street and an old jail cell. The opening of the first exhibit in the Barrister Place location was on Friday, Oct. 6, 1995. In 2012 the museum moved to its current location at Historic City Hall which was the home of our police department from 1928 until 1975. Every year the museum welcomes nearly 10,000 visitors annually. DPJ: What makes the Phoenix Police Museum unique?
RD: The non-profit Phoenix Police Museum is unique in that it provides free admission so that no one is prohibited from enjoying the museum, although donations are greatly appreciated. The museum allows adults and children to interact with current and retired police employees in a positive environment while education them in the history of the Phoenix Police Department in order to enhance the image of law enforcement. The museum makes efforts to promote and preserve the history of the police department.

The Museum has interactive displays of a marked police vehicles, a city street mock up from the 1920’s, a small fleet of several antique cars, period uniforms from the 1900 to the present day uniforms, a dress up area for children to wear actual police uniform shirts and belts, get in to a real police car and on a real police motorcycle, and high profile historical cases such as the Miranda decision exhibit “You have the right to remain silent.” We have also created historical DVD’s to preserve the history of the Miranda decision with a firsthand account by the arresting officer. The Museum also has a wonderful gift shop with items for children and adults with items priced from $2 to $47 dollars. DPJ: Are there public tours available at The Phoenix Police Museum?
RD: The Phoenix Police Museum is open Monday through Friday 9 a.m. to 3 p.m. We are closed on the weekends and all city of Phoenix holidays. Public tours are available but groups of 10 or more are requested to call the museum to schedule a tour. Tours should be scheduled about 2-3 weeks in advance to ensure availability. A donation of $25 for group tours over 10 is greatly appreciated.