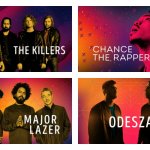 Superfly, the co-creators of Bonnaroo and Outside Lands, are proud to unveil the lineup for the inaugural Lost Lake Festival. This new three-day, multi-format music festival will be held Oct. 20-22, 2017, at Steele Indian School Park in Phoenix. Created in partnership with top cultural leaders in the Valley’s creative and artisan community, Lost Lake Festival will be a first-of-its-kind experience, celebrating Phoenix and the surrounding region. Three-day General Admission and VIP tickets go on sale Thursday, April 20 at 10 a.m. PDT exclusively at LostLakeFestival.com.   Superfly’s legendary pedigree will continue to cultivate as Lost Lake Festival brings an impressive lineup to the vibrant Arizona desert with more than 40 musical acts. The first-year festival will feature The Killers, Chance the Rapper, Major Lazer, Odesza, The Roots, Run The Jewels, Pixies, and many more. The festival will also bring to life a Superfly signature experience, the SuperJam, featuring a curated group of artists and musicians who will perform together for a once-in-a-lifetime collaboration.

While Lost Lake Festival brings a highly anticipated music lineup, the event was founded as a creative platform for the Phoenix community and reflects the city’s rich and dynamic culture. Through a curated selection of arts and entertainment, elevated local culinary and beverage offerings, and backyard style game experiences, Lost Lake Festival is bringing Valley residents and visitors something they have never seen in Phoenix before. In addition to “Phoenix Flavors,” the festival culinary experience will include “The Pits,” an unparalleled BBQ experience, as well as the “Brewpark,” a craft beers and backyard bar-games area. With games as a major pillar of the event, the festival will also feature “The Lost Playground,” interactive play areas spread throughout the festival offering unique twists on large scale games and sports. Additionally, local artists and creators will be featured with the “Art of the Valley,” highlighting artwork from emerging talent and Phoenix favorites, and “Found: The Lost Lake Marketplace,” will include a carefully curated selection of crafts, jewelry, clothing, and more from regional makers and creators.

Lost Lake Festival was created with local partners at the forefront of the Phoenix creative class including Stateside Presents, leading independent promoter and venue operator in the Valley, Walter Productions, specializing in immersive entertainment experiences, as well as AndBoogie, Starr Hill and A Beautiful Perspective. Additionally, Lost Lake Festival is working closely with the City of Phoenix and Downtown Phoenix, Inc. to create the best experience possible for the local community. To further support the Phoenix community, Lost Lake Festival created the Lost Lake Works Fund, a charitable initiative that will work to enhance the missions of local nonprofits with a focus on arts and education.