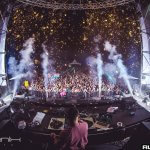 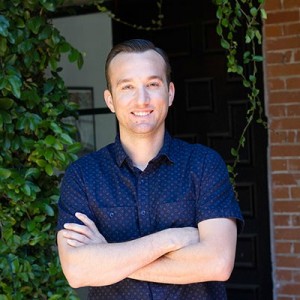 Editor’s Note: On April 6, it was announced that the 2017 Phoenix Lights Festival would be moved from Hance Park in downtown Phoenix to Rawhide in Chandler. Read more here.

The Phoenix Lights Festival is back downtown this weekend, bringing the biggest and best DJs from the EDM scene for the third straight year. We had a chance to talk with the festival organizer, Thomas Turner, founder of Relentless Beats, to learn more about them, the festival and why they choose to host it in downtown Phoenix. What made you decide to do an electronic music festival in Phoenix, specifically downtown?

I’m a native of Phoenix and a good friend of mine and I were talking about the city of Phoenix boasting some amazing space in the parks downtown. It seemed like an outstanding idea to begin the growth and development of a brand that would mean something special to our Valley.

Now in its third consecutive year downtown, Phoenix Lights has seen explosive growth to position itself as one of the largest electronic music festivals in the western United States. How has the festival evolved since its inception?

Well, year one we learned our original space at Civic Space Park would be too small to return to, so we moved to Margaret T. Hance Park which has accommodated us well. This year we will take over even more of the park to produce three full stages of national entertainment.

Talk a bit about the range of acts you’ve booked. You’ve got old-school pioneers, trap gods, electro-house celebrities, the whole package. Tell me why it was so important to have such variety. What was your goal?

We produce over 300 events each year and do business which such a wide range of tastes that it has become important to create a more and more textured event. We really try to cover the genres that our customers support the most throughout the year. Plus we aim to have debuts from the artists our fans want to see most. Tell us about how you chose the name of the festival? Were you around for the original edition of “Phoenix Lights” back in 1997?

I was in fact around for the original edition, but I was two at the time, so no recollection. I do remember being in elementary school learning about it, however. A friend of mine, Jarid Dietrich, and I were brainstorming things that might work and at the time we were going into Civic Space Park which has an art installation above it that is lit up and looks something like a space ship. So while we have moved on from that space the theme is one that’s growing and you will see large evidence of that in the production we have planned for this year.

What’s new for this year’s edition of the festival? How about for the years to come – any plans to expand the fest to a third day in future years?

The third stage is new this year. Also, we are opening the doors this year at noon and going until 11 p.m. each day. The festival literally offers over 30 hours of performances from over 50 artists. Expanding to a third day is something we are definitely discussing for 2018, but also planning more interactive and experience-based things inside the event to improve the overall experience for our attendees. So you’ve got to be a fan yourself. Who are you most looking forward to seeing on your stage?

Yea, I’m definitely an enthusiast of all dance music you see booked on our stages as I hand pick all of them myself, along with my team of buyers. This year I’m looking forward to seeing all the live performances, like Illenium, STS9, Said The Sky, The Knocks, Vince Staples and 21 Savage. Also thrilled about all the debuts like Zhu, Ekali, Coyu, Pig & Dan, Jax Jones, Ganja White Night and Wingtip.

Any tips for festival attendees on how to survive two full days of non-stop electronic music?

Stay well-hydrated, be smart and make good decisions. If you need help of any kind, reach out to one of our Relentless Rangers who will be all over the grounds.

Lastly, for those aspiring artists out there, what would be your advice be, especially those who want to be part of the festival circuit?

Nothing beats hard work, ever. If you really want to be involved in playing a festival like this you have to put in the years of work that everyone on this festival has. Phoenix has some excellent role models who have created themselves touring careers by being disciplined and turning themselves into a genuine commodity.