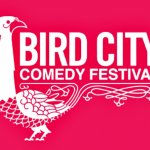 From April 6 through 9, the second installment of the Bird City Comedy Festival will bring comedians and comedy acts from around the country to stages throughout central Phoenix. “Downtown Phoenix has a tight-knit arts community, so we felt that it would be a natural fit for a comedy festival with alternative comedy leanings,” Genevieve Rice, producer of the Bird City Comedy Festival said. “Plus, it’s an area with so many great venues close together, which makes it much easier for festival performers and attendees.”

The stages vary in intimacy, from Lawn Gnome Publishing, to Stand Up Live, to the Phoenix Center for the Arts and more. With so many different settings, there will be no shortage of laughter and humor heard throughout the streets of downtown Phoenix during this event.

“To submit, performers had to provide a video clip of their performance. This year, we received about 400 submissions in all categories,” Rice said. “It was a difficult decision because so many terrific performers applied, but we ultimately selected a diverse lineup of top-notch talent.”

Featured events include Mister Chris’s Apartment Show, which is the first Facebook Live TV show. The show is normally broadcast from Mister Chris’s apartment, but will be on the road and live here in Phoenix for the Bird City Comedy Festival at Stand Up Live. People have described his show as Mister Roger’s with vodka mixed with Wayne’s World, mixed with Adult Swim.

Managing Editor of The Onion Ben Berkley will grace the stage at the Renaissance Phoenix Downtown giving people a rare behind-the-scenes look at how the satirical news site produces its content.

“We have a little something for every comedy fan. We’re very excited to see stand up from our headliners Greg Behrendt, Aparna Nancherla and Brent Weinbach, as well as from an exciting roster of comics from all over the country,” Rice said. “We also improv and sketch from our favorite players every night of the festival. As a new part of the fest, storytelling is bound to present some hilarious stories.”

If you’ve ever fancied yourself a comedian, you’ll have an opportunity to participate in the festival, too. Each night from 6:30 – 8:30 p.m., Lawn Gnome will host a Little Bird Showcase for amateur comedians. Big names have been known to stop by and performers from this showcase could be offered spots in other shows throughout the festival. “Last year’s fest was a blast, so we decided to go even bigger for 2017,” Rice said. “We have 40 events over four days spread over nine venues throughout Central Phoenix. Most of our fest is stand up, but we also have plenty of improv, sketch, storytelling and podcast events. For future years, we look forward to bringing in an exciting new lineup of performers and shows to Phoenix.”