Downtown Diaries #2 | Keep On Moving On 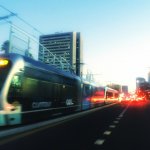 Back up. Back way up, back to before the move, back to when we still had a house full of house things, things you collect when you live in a house, things that go useless the second you make a break for a downtown loft. We had those things, not a ton, but yes, some. From Coronado to the Phoenix core, it’s more than a mile or two, it’s a whole big thing. 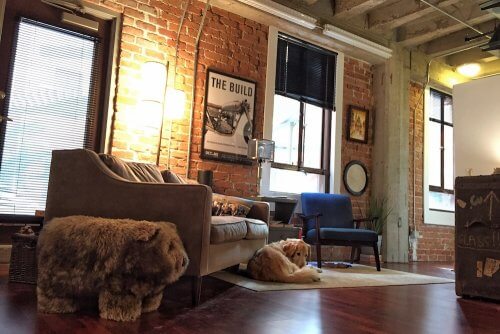 How do we do this? she asked. How do we shrink a lifetime of goods and products, make it 100 square feet smaller than it is, smaller than even that because smaller would look packed in that place we’re about to call home? How? she asked, and how indeed. Our second decision, the first one after signing a lease, the one right after the one we’d just committed to, would have to be the first move in a fight against clutter, a battle against stuff. And we were already minimalists.

Not every downtown move is a downshift in size, but this one was, and we were almost glad for it, for soon, the thinking kicked in.

What do I need with a desk when my laptop is 11 inches across? Why wrestle with our own printer when the new place has a business center? What’s the logic in a table saw if there’s no place to slice wood? It took a minute, but in minutes flat, we’d talked ourselves out of a hundred and one things and maybe three or four more. It was time to purge. It was not time to burn it all down for burning’s sake, but to ask the question that would get us where we needed, get us right every time:

Do we still need this when we live downtown, among the presidents and the low-numbered streets, near Cornish Pasty and DeSoto in a deluxe high rise apartment?

The answers turned creative quick. Those table legs, that piece of wood, a few welds, and together they’d make a charging station with storage for the backup drive. Goodbye desk. That trunk we keep by the front door, it’d be a conversation-starting T.V. stand. Goodbye entry table. That drum stool, it’s just right for typewriting and it fits under the typer. Goodbye desk chair. Those books, they can go here and there and under things and between. Goodbye bookshelves. This drink cart on OfferUp, it’d get us a dry bar and another empty cabinet. Hello counter space. 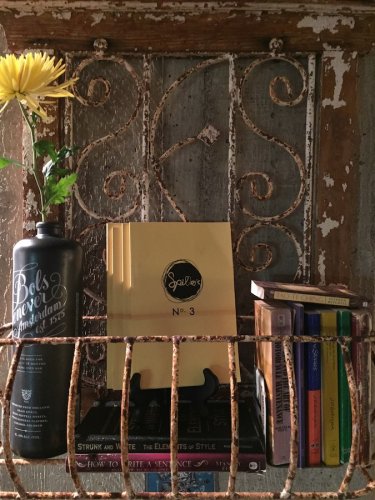 And hello indeed. Every thought cleared another problem away. This oil pan, that spiral hose, this ladder, that pair of shoes, this garden rake, that shovel, this end table we bought as a mistake, it’s all going to go now, go far, far away, back to whence it came, back before we had a house full of house things. We’re moving downtown, and this doesn’t go there, and our sentimentality? Yeah, that gets us nowhere.

And so we purged. First came the yard sale, made a stack of cash. Next came the hood’s Facebook group, made stack number two. Craigslist got some, OfferUp got the rest. By week’s end, we had a weekend left and backyard pile of potential donations, last-chance sale items, and things we flat-out couldn’t care less about. A few more days and we were done.

We formed a plan. We’ll move it all and see what doesn’t fit. If we need, storage rental space is down the street.

Worry is a prankster; it’ll play jokes on you all day long until you beat it back and move on. And move on we did.

Move on we did.