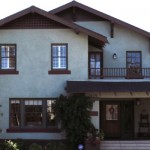 The annual Historic Roosevelt Neighborhood Home Tour by the Roosevelt Action Association will feature many historic properties from Phoenix’s first suburb (beyond the Phoenix city limits). The Historic Roosevelt Neighborhood is a modern name for a series of neighborhoods that grew north of the city between 1893 and 1930 and it spans from McDowell to Van Buren and from Central Ave to 7th Avenue. Learn about early Phoenix history by taking a rare glimpse into history and architecture of Historic Roosevelt’s homes.  Explore turn-of-the-century architecture (Bungalows, Neoclassical, Tudor, Period Revival and Southwest Vernacular Homes). 2015 will feature homes on “mansion row”, also known as Portland Street as well as Latham and Roosevelt Street. The tour takes place on Sunday, November 15th, from 10am to 3pm and will include guided tours by hip historian Marshall Shore. Enjoy eating, walking through the craft fair, playing and living (for the day) in Phoenix’s mixed use & close to everything community.

Proceeds from the Home Tour support the work of the Roosevelt Action Association’s mission to preserve the neighborhood’s unique historic character. Tickets cost $11 per person if purchased online and $14 at the door. Please visit http://www.rooseveltneighborhood.org/ for updates and full details.