Chuck Coughlin Weighs in On the Proposed Roosevelt BID 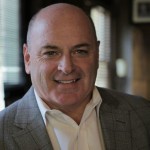 Since April 2014, we’ve been sharing the story of the developing proposal for a Roosevelt area Enhanced Municipal Services District, more commonly known as a Business Improvement District or BID. Previous articles can be found here.

During the last year and eight months, a BID working group has been reaching out to commercial and commercial residential property owners in the area with the goal of determining the type and level of additional services they need, the level of assessment required to put those services into place, and the governance structure to run the BID. Property owners were sent the work plan, budget and recommended assessment in late July. The final proposal will go to the full City Council for approval in November.

The BID proposal is not a byproduct of people who have recently moved here. It grew out of a long-term investment by commercial property owners and other stakeholders to create a walkable, livable downtown neighborhood that would attract people, and where their businesses, whether large or small, could thrive.

We sat down with one of these long-time investors, Roosevelt area commercial property owner, business-owner, and Roosevelt Row CDC board member Chuck Coughlin, to learn more about why he sees the BID as an important next step for the area. Coughlin owns HighGround Public Affairs, a consultancy company located in a beautifully maintained historic house on 4th Avenue, in the Historic Roosevelt Neighborhood. He has been active in the Roosevelt district for nearly two decades beginning in 1997 when he rented offices across from the then boarded up Gold Spot building. “We had a view of the ‘bombed out’ historic Gold Spot and the ‘bombed out’ Fontanelle Apartments,” Coughlin jokes.

Though Coughlin is a long time Phoenician, urban, historic, residential neighborhoods are in his blood. He grew up in Ann Arbor, Michigan and just out of college was an intern in D.C., where his office was in an old brownstone. He loved it. When he came back to Phoenix he wanted to replicate that experience. “I wanted to be in downtown, in an historic neighborhood, in a place that was livable and walkable…. I saw this,” he said sweeping his arm to imply the larger Roosevelt area, “as that type of neighborhood.”

He admits that, in those early days, the neighborhood didn’t quite live up to his livable and walkable ideals. “It wasn’t there yet,” he says, “but it had the bones of what I’d grown up with in Ann Arbor and what I’d seen in DC. I believed that the neighborhood could be more than it was.”

During those first two years in the area, he saw growing potential for what the neighborhood could be. In 1999, he decided to take the plunge and buy his current building and at about that time met Greg Esser and Cindy Dach. Esser and Dach were making their own investment in the area, having bought and renovated property on the corner of 5th Street and Roosevelt to house eye lounge, an artist-run coop gallery, as well as MADE, an art boutique offering affordable artist-made items.

Esser and Dach were working with neighbors, artists, small business owners and others to create the kind of city they wanted to live in. When they decided to form the Roosevelt Row CDC they asked Coughlin to become one of the original board members. “I said yes because I admired both of them and what they were trying to do, which was very aspirational and cool.” He’s been on the board ever since.

It is the aspirational aspect of their work that inspires him and convinces him that forming the Roosevelt BID is the natural next step in making this neighborhood even more livable and walkable. “ASU moved downtown and I really think that was when things sort of took off,” said Coughlin. “First Fridays were going, Third Fridays were going, and we had a pretty cool little hip arts community that reminded me of Ann Arbor.” “We wanted to be a livable, walkable community where you’d get out of your car and experience a downtown environment that isn’t full of high rises; where you’d find stores and residences, unique spaces with residential opportunities mixed in. And you know,” he adds, “it’s happened! We used to have a crack lady across the street…but now you see students, seniors, and young professionals who feel safe living down here.”

The Logical Next Step

To Coughlin, the BID is the logical next step to maturing the neighborhood it has become and allowing for specific amenities that will enhance the way people experience the neighborhood. “One of the intimidating things,” says Coughlin, “particularly for older people when they come down here is that they don’t know where anything is. So monument signage, shade, wider sidewalks, directional information will really enhance their experience. People get intimated – like ‘where’s first Friday, where’s the boutiques, where is everything?’ That’s what I see the BID being capable of – making this a much more welcoming place for those who want to visit, live here, and have businesses.”

The investment that’s been made in the Roosevelt area over the last 15-20 years has successfully reinvigorated the neighborhood and created a foundation to encourage others to invest. As Coughlin sees it, “the BID willcreate a market opportunity for people to come and be aspirational, restoring old homes, and being willing to invest in them without being fearful of market values plummeting or outstripping the market.”

“There will be additional opportunities for artists spaces. We will continue to grow that affordable downtown living experience that can accommodate artists and craftspeople who give the culture of the neighborhood its uniqueness, so that it doesn’t become gentrified.” He adds, “I know there are people that have that fear, but to me it’s just the beginning of its true funkiness as a place to be in.”

For Coughlin, paying the extra assessment to support the BID makes good business sense, but to make the BID work it’s critical for people to get involved. “It’s not just about giving your money, but giving your time as well and that’s why I sit on the redevelopment committee board. I care about what happens in the neighborhood.”

Looking to the Future

Some people look at what has gone on in the Roosevelt neighborhood and think it all happened organically, but as Coughlin points out, that is simply not true.

“I can tell you that the people on our board have given their time, energy, life, and money to create those events, spaces, and opportunities that have gotten us to this point. It doesn’t happen organically, it happens because you’re involved.”

He adds that after nearly twenty years it’s time to stabilize and support the work that has been done by establishing the BID. He adds, “the beginnings of Roosevelt were aspirational and a lot of those people are getting older now, getting burned out with the effort put forth to do things, and that’s just not replaceable. You want to institutionalize that commitment, but keep the spirit of it going.”