Wire | A ‘Spirited’ Benefit for Phoenix Center for the Arts 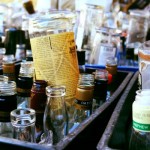 Local and nationally acclaimed artists from all mediums have been commissioned to convert discarded rum bottles from The Breadfruit & Rum Bar into works of art. Proceeds from the auction of these art works will be used towards the improvement of the building. Participating artists include Oliverio Balcells, Curt Condrat, Ingrid Donaldson, Greg Esser, Cynthia Flores de Zarza, Kay Grams, Lauren Henschen, Kristine Kollasch, Bob Martin, Hugo Medina, Rick Naimark, Kat Perez, Fred Ullrich Jr., and Denise Yaghmaourian. Event tickets cost $75 each and can be purchased by visitingphoenixcenterforthearts.org/spirit. VIP tickets are available for $125. All tickets include complimentary beverage tickets.

Since 2011, the Arizona Storytellers Project has been dedicated to the idea that oral storytelling and journalism have the same goals: serving and reflecting a community while fostering empathy among those people. These nights blend the authenticity and hype-free discipline of storytelling as an art form, with the truthfulness, community-building and empowerment.