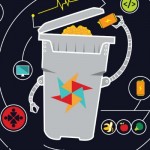 Phoenix Mayor Greg Stanton will kick off the PHX Innovation Games with a hackathon at 9 a.m. on Saturday, May 16 at the Phoenix Convention Center.

For the City’s first ever hackathon, Stanton partnered with the Public Works Department and Reimagine Phoenix, a citywide sustainability campaign focused on transforming trash into resources.

The two-day event will challenge participants to develop a prototype for a web or mobile application to help the city reach its goal to reduce the waste transported to city landfills 40 percent by the year 2020.

Three Public Works data sources with thousands of records about waste collection activities are open to the public, as well as the results from the City’s recent Waste Characterization Study. Additional resources, including expert staff help and mentors from the tech community, will be available to participants at the event. Stanton announced the PHX Innovation Games during April’s State of the City Address. The new initiative invites members of the community to participate in a series of creative competitions that will provide Phoenix with new ideas and solutions to tackle pressing civic challenges.

The Mayor’s Office will work closely with City departments, local community and non-profit organizations as well as leading corporations to host quarterly competitions. Each Innovation Game will pose a specific civic challenge and ask for solutions that use technology or innovation. Stanton’s plan is to implement the most viable solutions.

The Reimagine Phoenix Hackathon is supported by the Public Works Department, Republic Services and Google. Many other local organizations and tech companies will be represented at the event.

Stanton, Valenzuela and Trujillo to give remarks at 9 a.m. kickoff

Additional information about the event, including the registration form can be found at http://phxinnovationgames.com/reimagine-phoenix-hackathon.

Open data from the Public Works department, as well as many other city departments, can be downloaded from the city’s Open Data Portal: http://phoenix.gov/opendata.