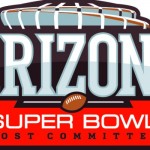 The newspaper articles, television and radio segments, blog posts, Instagram photos, tweets (and who knows what else) are coming in fast and furious about the fact that Arizona, metro Phoenix, and downtown Phoenix are hosting two of professional football’s biggest weeks. Because we know you’re quite busy yourself, we’ve created a series of special webpages where such media coverage, along with the myriad of events and activities taking place, is summarized. Keep this information handy for ready review:

Two historic downtown buildings gained significant new tenants and positive uses: IASIS Healthcare will open a clinic in the 1929 Sun Mercantile Building in the Phoenix Warehouse District and Tallwave will manage their High Tide national startup commercialization program in the 1929 Luhrs Tower at 1st Avenue and Jefferson. KJZZ Radio featured the unique architecture and history of the 1926 Phoenix Masonic Temple at 4th Avenue and Monroe and 1931 Grunow Clinic at 10th Street & McDowell. Thirty of Phoenix’s 35 residential historic districts are highlighted in this Arizona Republic photo series. Downtown’s culinary scene continues to gain national attention, exemplified by stories in the Boston Globe and New York Times. Local restaurants, Breadfruit/Rum Bar, Grabbagreen, Mika’s Greek, and Yard Bird + The Larder, were featured in the local press. And it’s been announced that a new Devoured Culinary Classic event, Palette to Palate, will be held on March 5.

The Sandra Day O’Connor College of Law at ASU’s downtown Phoenix campus has raised more than $37 million, as it enters into the second half of its five-year fundraising campaign. ASU’s College of Public Programs is now the College of Public Service and Community Solutions. According to Jonathan Koppell, dean of the college, the title better reflects the college’s commitment to service, research, and learning that addresses social problems. Lastly, ASU’s largest and most successful open-house event of the year, Night of the Open Door, kicks off four events, starting January 31 on ASU’s downtown Phoenix campus. More than 100 activities will be hosted by the four ASU Night of the Open door events, from wielding a medieval sword to state-of-the-art video technology. According to Craig Barton, professor and director of The Design School at ASU, “When cities are places, people tend to value them more, and the value then allows for a kind of cultural stewardship, as well as ecological stewardship. When people don’t care about a place, then it’s easy to see it as disposable, worthless, and to not value the cultural, environmental, and political systems that are extant there.” Recent examples of downtown stakeholders responding to significant change impacting their quality of life include: Roosevelt Row restaurateurs and retailers trying to keep business afloat while road construction occurs out their front door; residents continuing to deal with increased noise due to changes in flight paths out of Sky Harbor Airport back in September; and Roosevelt Row residents, businesses, and arts advocates learning about two major residential complexes that would add welcomed density, but result in the demolition of vintage buildings that contribute to the area’s character. Up on McDowell Road, Alliance Residential Co. met with surrounding businesses, neighbors, and arts groups and refined their plan for a 280-unit, four-story apartment complex on parcels where a Quality Inn & Suites and office building now stand. The project received Phoenix City Council approval on Wednesday.

Planning for our transportation future, the city of Phoenix Public Transit and Street Transportation departments are hosting open houses around the city to gain resident feedback on priorities for city transportation improvements. Background information and dates, times, and places of upcoming meetings are provided here.