RadiatePHX Invites You to a ‘Super Pep Rally’ with Mayor Stanton 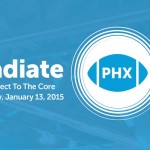 You’re Invited to Radiate on a SPECIAL DATE Phoenicians are invited to join Phoenix Mayor Greg Stanton and the Downtown Phoenix community on Tuesday, January 13, at the Sheraton Downtown Phoenix Hotel for a “Super Pep Rally,” in anticipation of the upcoming NFL Pro Bowl and Super Bowl.

The hosted event will celebrate the contributions made by residents, businesses and organizations that have transformed downtown Phoenix into a vibrant urban core that is ready to welcome the estimated million visitors anticipated for Super Bowl Central.

This “pre-game huddle” will take place as part of the grand opening of downtown’s newest outdoor event space, the “Valley Overlook” at the Sheraton Phoenix Downtown Hotel. The appropriately named venue features a fresh view of Phoenix’s skyline, a live visual of the nation’s sixth largest city’s ongoing development and progress.

The networking event is a special edition of the monthly RadiatePHX, where business, community and city leaders gather on a monthly basis to connect about issues and happenings affecting our city’s core.

A ribbon-cutting ceremony for the opening of the “Valley Overlook,” plus live entertainment by Urban Electra and hosted food and drinks, will follow Mayor Stanton’s remarks.

About RadiatePHX Presented by Downtown Phoenix, Inc., Downtown Phoenix Journal, and the Phoenix Community Alliance, RadiatePHX is a free monthly networking event that invites you to “connect to the core” to learn about downtown opportunities, issues, and solutions; receive key updates from guest speakers on what’s happening in downtown; and discover how you can connect and contribute.