Wire | CO+HOOTS Celebrates at The Clarendon 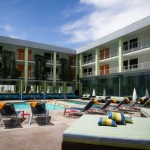 CO+HOOTS TAKES OVER THE CLARENDON HOTEL

CO+HOOTS, downtown Phoenix’s first coworking space, is celebrating its fourth year of nurturing Phoenix entrepreneurialism with an all-day event consisting of working, learning, swimming and dancing at The Clarendon Hotel on Wednesday, Aug. 13. Stanton, Valenzuela and others will have the opportunity to “cowork,” meet and mingle with up to 150 event attendees, many of who are entrepreneurs currently shaping Phoenix into one of the biggest innovation hubs in the U.S.

Starting at 9 a.m., VIP guests and event attendees will be able to work at The Clarendon and its luxurious pool-side cabanas and swim at their leisure. There will also be a full day of events, including a one-hour social media seminar by local comedian and social media guru Amy Donahue, an extended happy hour, a rooftop yoga session and a Flamenco dance performance.

Tickets to the event are just $4, which includes access to The Clarendon Hotel’s pool (regularly $10 M-TH for non-hotel guests) and pool-side cabanas (which are regularly $99 to rent M-TH).

WHERE: The Clarendon Hotel and Spa, 401 W. Clarendon Ave., Phoenix.

WHO: Phoenix Mayor Greg Stanton, Phoenix Councilman Daniel Valenzuela, Phoenix community leaders and many of the entrepreneurs who are shaping Phoenix and its economy from the ground.