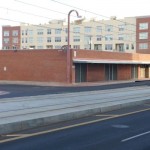 Colliers International in Greater Phoenix has recently completed the sale of a Class C office shell in downtown Phoenix for $2.3 million, or $130 a square foot. The New City Church has experienced tremendous growth in the last three years and had outgrown their current location. New City Church was attracted to the property because of its downtown location, light rail access, bike parking and proximity to the downtown arts district.

Larry Ortega, executive vice president of Colliers, served as the broker for the buyer. Ortega specializes in the sale and leasing of retail and commercial properties. He has focused on downtown Phoenix since 1990.

The seller was not represented by a broker.

The building, encompassing 17,692 square feet, was constructed in 1961. New City Church plans to redesign the building.

“This transaction is an example of persistence and creativity coming together to make a deal work for both parties.” Ortega said.