A Conversation with Jason Rowley 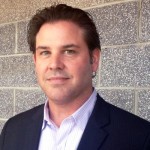 “Certainly it wasn’t just us. Not even close”

As President of the Phoenix Suns and the Phoenix Mercury, Jason Rowley has a big job supervising all business operations of the Suns and the Mercury and overseeing the club’s interests in the management of US Airways Center, the Legends Entertainment District, and affiliated entities. In addition, he’s an award-winning dad of two young girls, a Thunderbird, and a board member of Downtown Phoenix, Inc.

Originally from Tucson, Rowley has spent ten years working in downtown Phoenix, first at Snell & Wilmer, where he represented the team’s current ownership group in their acquisition of the club in 2004. He came on board as General Counsel in 2008, then became COO and was named President in 2012.

Because downtown has been his career home for the last decade, he’s had a floor seat for a lot of the changes that have brought new life to downtown. “It’s great to see how it’s progressed over the last decade and how much has occurred in that time – biomedical; ASU and the new law school; what’s happened with CityScape; what’s happened with Roosevelt Row and all the artist districts; and Metro Light Rail. And now there’s more of a residential core down here,” said Rowley. “Just to see downtown become more of a destination is great.”

While Rowley acknowledges that building the US Airways Center back in the 80s helped to serve as a fundamental building block for downtown, he’s quick to note, “But certainly it wasn’t just us. Not even close. Any kind of urban development is going to take the input of a wide variety of people and interests…from people who want to live down here, to small business people, to people who are more community-based: artists and the artists’ districts, students. Those are all people that have helped build downtown into what it is.”

“Any kind of urban development is going to take the input of a wide variety of people and interests…from people who want to live down here, to small business people, to people who are more community-based: artists and the artists’ districts, students. Those are all people that have helped build downtown into what it is.”

While the Suns have a market way beyond the downtown core, having their offices in downtown and playing their games in downtown definitely impacts the way they do business. “No question, you think about the market as a whole…but ultimately, like anything else, whatever neighborhood you’re in you tend to focus more on that neighborhood. Where your residence is you’re going to operate that way, and from a business standpoint, you’re going to operate that way.”

While many people come downtown to attend games, concerts and other events, it’s absolutely critical to create great experiences for people beyond the main event. “You want to provide a better experience for people not just when they’re at the game, but for two hours before and maybe an hour and a half after,” says Rowley. “It’s important to think about how you can develop something that creates a higher level of interest for everybody in this area.”

Rowley sees a crucial role for Downtown Phoenix Inc. “DPI has a key role as an aggregator…or perhaps facilitator may be a better word for it. You can get caught up in your day-to-day – every business does, every individual does, every entity does. Everyone ends up focusing on their own thing. It’s good to be able to step back and sit in a room with other decision-makers who are leading their respective constituents and hear everyone’s point of view and perspective. When major things have to happen down the road, like an expansion of Symphony Hall, or the addition of light rail lines, for example, you have better relationships with the other stakeholders; you’ve made yourself aware of what their concerns are going to be, and you’ve been able to voice what your concerns are as well.”

He believes Dave Krietor is a great choice as the leader of DPI. For Rowley, it’s all about the structure. “If you get down to the nitty gritty of the structure, it (DPI) is taking these organizations that all had a downtown focus but were somewhat disjointed, and giving them more commonality and some alignment in terms of their goals and purpose and structures. As a business person and someone who structures organizations, that just makes sense to me.”

“Having the all-star game is a testament to what downtown has to offer… They have other options…but they saw the opportunity for what we can do as a downtown and as an organization.”

The next key element on the horizon for Rowley is to develop more permanent residential options in the core, which he sees as a “chicken and egg” situation. “Do people want to come in and put in some of the retail and services that would support residential? A lot of times business people aren’t going to do that until they know there are enough residents to support what they’re doing. I kind of scratch my head and wonder ‘who are going to be the people with the courage to step out and do it first?’ …It takes some people with courage and conviction to be willing to do that and take some visionary leadership.”

This is another area where Rowley sees DPI playing an integral role. “DPI can develop the business case for downtown with business people at every level – small, medium and large…by speaking with a united voice to say ‘here’s a vision of what it could look like, and here is role that you can potentially play in it.'” It’s not always going to be smooth sailing, of course, but Rowley expressed optimism about the future. “There are always obstacles, and the bigger it gets, the more voices, it will get more complicated and the more people you will have to satisfy, but it doesn’t mean you can’t work through those things.”

He’s beginning to see a shift in awareness of what downtown has to offer. “I feel that, in the market, people are starting to become aware, I really do. The people who don’t quite understand yet tend be those who are traveling for business and it’s been five or ten years since they’ve been here. The thought of staying downtown…well, for example, my mom’s coming next week from North Carolina and I’m putting her up at the (Hotel) Palomar. She hasn’t been here in a few years and her first comment was “Downtown?’ I told her ‘just wait and see.’  So, I think there is still some education process, but it’s not as hard as it used to be.”

And what does it mean for US Airways to be hosting the WNBA All-Star Game this month? “Having the all-star game is a testament to what downtown has to offer,” he said. “Let’s face it, it’s in July; they had a lot of choices about where they could go and they chose Phoenix. They have other options…but they saw the opportunity for what we can do as a downtown and as an organization.”

Of course we couldn’t conclude our conversation with him without mentioning the remarkable success of last season’s Suns team. Rowley laughed with obvious pleasure. “Last year was extra special because all of the prognosticators had us being essentially the worst team in the west for sure, and potentially the worst team in the NBA, and we were the surprise team of the NBA by far!  A lot of that has to do with the changes we’ve made in the front office…and the team itself just really came together.”

He smiled and continued, “Any time you have a bunch of type A individuals who are professional athletes who are all told they’re going to be the worst at something, they’re going to try to prove them wrong. And next year will be even better.”

Jason Rowley is obviously a man with a passion for downtown Phoenix and real enthusiasm for what’s ahead. “We’re at the place now where everyone realizes that downtown is an important asset and piece of the community to focus on. I feel like we’ve hit a certain level of momentum here that once you get there it’s easier to maintain. You’ve kind of gotten over the hump a little bit.” He adds, “No single party, organization or institution, whether it’s private, public or community-based is going to completely move the needle. It’s going to take all those people working together.”