A Conversation with Jeri Jones 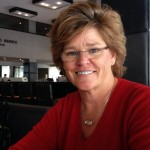 “We need to do a better job of leveraging it all.”

Jeri Jones is a relatively recent transplant to Phoenix. After 20 years in Denver, Jones moved to Phoenix as the CEO for employer and individual business (the commercial and business program) for UnitedHealth Group only two years ago. She came to town just as the company was consolidating its workforce from five locations to two, including the main location at CityScape in downtown Phoenix. Still based in Phoenix, she moved into a new regional position with UnitedHealth to run their Medicaid program across the West about six months ago. The consolidation made UnitedHealth one of the largest employers in downtown. Jones mentioned that initially the employees were not sure about the move.  “People were a little nervous about moving downtown,” she said. “It took a little bit to win the hearts and minds of our team that it was going to be a good move, and a lot of fun.”  To make the transition easier, UnitedHealth worked with local businesses to engage employees through activities like scavenger hunts that helped familiarize them with downtown. “Now that it’s been a year and a half,” said Jones, “everyone loves it.”

“We need to give people more options for living downtown; options that appeal to a broad spectrum of people.”

She values the impact that changes to downtown have had, including the building of the stadiums, the growth of downtown restaurants and businesses, CityScape and the building of the light rail. During her time in Denver, she watched that city go through many of the changes Phoenix is experiencing now. “I watched the same thing happen in Denver,” she said. “Before the light rail you would go downtown and there would be very few people on the street. Then came the light rail, which made it so easy to go downtown, to go to events.”

From Jones’ perspective, downtown now needs to go to the next level. “We need to give people more options for living downtown; options that appeal to a broad spectrum of people. We need to continue to combine residential with park-type areas.  If people are going to live downtown, they need more green areas, places to be where they don’t have to feel like they are in a concrete jungle,” she said. “I feel like we are still in a little bit of a concrete jungle.”

In addition to building more residential options, and making sure there is green space, Jones believes that the key is to continue getting the word out about what is going on downtown, about what is available to see and do. “We need to do a better job of leveraging it all,” she said. “We need to be better at getting people downtown. We (UnitedHealth) do a lot of events in the evening and try to keep people down here. And with out-of-town visitors we encourage them to stay downtown, to get out and discover downtown restaurants.”

“Getting a cross segment of businesses involved in changing a city is the fastest way to do it, as opposed to just the city.”

Jones serves on the board of Downtown Phoenix Inc. and sees DPI as significant for the future of downtown because of the cross section of businesses, public sector and community leaders involved. “Getting a cross segment of businesses involved in changing a city is the fastest way to do it, as opposed to just the city. It seems like some of the previous attempts by different groups with different visions got a lot accomplished, but I am hopeful that having the umbrella of DPI over it all, bringing more diversity to the process, will make a difference.”

She singled out Dave Krietor, CEO of DPI, for his outstanding work bringing people together. “We have a lot of work to do and we have a great group of people. I love how Krietor is bringing all the different aspects of the neighborhood together. Sometimes I feel we’re not moving fast enough.”

As a resident of North Central Phoenix, Jones feels connected to downtown both through her work and her leisure activities. She enjoys the theater, eating out, concerts, and shopping downtown, and was almost tempted to strap on skates at the temporary CityScape ice rink this winter.

As to her role on the DPI board in particular, she says, “Hopefully, my role is to provide a different view because I didn’t grow up in it. Plus, coming from Denver and bringing a sense of what I witnessed there. Also, as one of the largest employers in downtown it’s important that we continue to get our employees more involved in downtown.”

It is clear that she has both a personal and a professional passion for downtown, and for what a vibrant urban core can mean to a city.