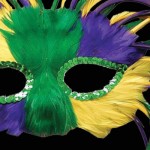 When the New York Times Great Homes and Destinations section noted, “What You Get for… $900,000,” guess what popped up first? Why this little gem in our very own Willo Historic District. This is a reminder that downtown Phoenix is not only home to a growing number of condos and apartments filling in vacant lots, but established single family neighborhoods (and neighbors).

Here is a brief roundup of the important events, celebrations and changes in and around downtown.

Congratulations are in order for Phoenix’s new City Manager and DPI Board member Ed Zuercher. After a six-month national search, Ed was selected to replace David Cavazos. Ed is a 20-year city employee and had been acting manager since Cavazos left in October.

At a press conference on February 18, Mayor Greg Stanton announced that Phoenix is among a select few U.S. cities that will work with Google to deliver the company’s ultra high-speed Google Fiber network to local residents, businesses, and education centers. Greater Phoenix was one of only nine metropolitan areas chosen as potential sites for the network, and the City of Phoenix – along with Scottsdale and Tempe – will work with Google teams over the next several months to take the necessary steps to roll out this cutting-edge technology to the Valley.

The 26th Annual Art Detour, March 8-9, 2014, will be an exceptional celebration of artists and their important contribution to the vibrancy of downtown Phoenix.

To kick things off, join Mayor Greg Stanton on Saturday, March 1, at the Art d’Core Gala, a celebration of the significant role the arts have played in invigorating and adding color to our downtown. The event is sponsored by Downtown Phoenix, Inc., CityScape, Phoenix Convention Center, City of Phoenix Aviation Department, Support Sky Harbor Coalition and benefits Artlink Phoenix Inc.

Also getting into the art spirit is the Sheraton Phoenix Downtown Hotel, which now offers an Art Package so visitors and locals alike can experience the downtown’s growing art scene. Local DJs and visual artists are featured on a rotating basis, and guests upon check-in receive a complimentary Artlink Phoenix map of galleries, studios, and art-friendly businesses.

Parade Your Way through Downtown

Check out the Fourth Annual Mardi Gras and Parade, which will headquarter at CityScape. From 3 p.m. to 6 p.m. on March 1, revel with the help of a DJ curated soundtrack, creepy masks, vendors and, of course, beads.–UPDATE: THE PARADE IS CANCELLED; OTHER FESTIVITIES CONTINUE.

No Festival of Film

No Festival Required is organizing a Sunday matinee music-oriented documentary film series at the Phoenix Center for the Arts through the month of May. Local photographer and videographer Steve Weiss created No Festival Required in 2002 to help boost the art form of film in downtown Phoenix, first through short film screenings and now primarily documentaries. The Taste of Phoenix

Six Arizonans have been named semifinalists for the 2014 James Beard Awards, the restaurant industry’s version of the Academy Awards. Three of the six have strong ties to downtown Phoenix: Chris Bianco of Pizzeria Bianco (pictured right), Sam Fox of The Arrogant Butcher, and Silvana Salcido Esparza of The Barrio Cafe.

Final negotiations are in process with several key sponsors for Grid Bike Share. These efforts will continue, with a focus on sponsorship collaboration opportunities for local retailers. A 200-bike Grid program rollout is slated to begin the week of April 21, with plans for a major intro event in coordination with the City of Phoenix and Valley Metro. Rollout will finish in May with a total of 500 Grid bikes at 50 stations.