A Changing Hands to Call Our Own 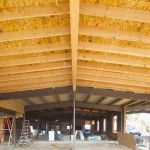 Since 1974, Changing Hands Bookstore has been a Tempe institution, offering not only books, but author events, writing workshops and a commitment to engaging with the community. In spring 2014, Phoenix will be lucky enough to have its very own, brand new Changing Hands location.

How is it that in a time when bookstores are more likely to close their doors than open new ones, an indie store is actually expanding? Simply put: the community asked for it.

According to Cindy Dach, co-owner and general manager of Changing Hands and an advocate for the development of downtown Phoenix and the Roosevelt Row Arts District, customers had been asking for a more central location for years.

And for years, Changing Hands searched for that perfect location. “It’s a tough business, it’s not a highly profitable business, so we needed all the pieces to come together to where we felt we could serve the community in the way they wanted to be served,” says Dach. 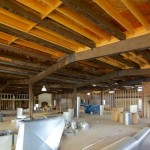 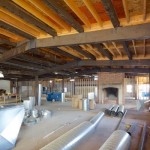 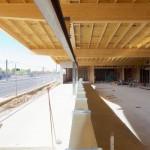 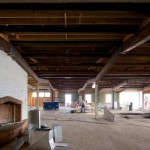 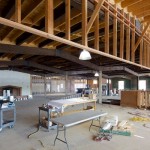 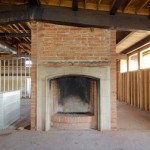 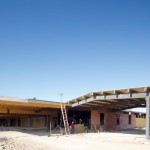 The store was dedicated to making it happen, but that determination extended far beyond their own efforts, particularly when it came down to the hard details of funding the new project. The customers, who had clamored for a new location, had also asked how they could help make it happen. This neighborhood favorite needed more than just the encouragement of their patrons, but their financial help as well.

“Loans have high interest rates. Loans have a lot of ties. And we did take out loans for the store, but we also wanted an opportunity for customers to feel like they helped build this bookstore,” say Dach.

When Changing Hands launched an Indiegogo campaign to cover some of the costs, over 1100 people contributed, raising more than $91,000 in a single month. In return, they got to choose from a variety of literary-themed t-shirts, note cards and experiences designed especially for the campaign. But most importantly, they and the rest of the valley will get the added value of the new bookstore they wanted for their community.

Dach and her staff have been awed and overwhelmed by the support. “Forget the dollar amount, that number is really just – 1100 people helped build this bookstore.”

The new Changing Hands will be housed in The Newton, an adaptive reuse project in the former location of Beefeaters restaurant at 3rd Avenue and Camelback in the Uptown district. The Newton will also house a restaurant called Southern Rail (by the owners of Beckett’s Table) and a co-working space.

The new location will take the strength of its Tempe store and tailor it to the culture of central Phoenix. “It’s going to be the urban version of (the Tempe) store,” says Dach. It will inhabit a smaller space and have an inventory that reflects the needs of its patrons.

“The community will tell us what it wants there. The market will decide, so with time, it’s gonna be our recommendations and what that community wants from that store.”

Aesthetically, the Phoenix store will have a different feel from its sister location, with the bones of the original building informing the new space. The design concept is being led by Phoenix architect, Christoph Kaiser, whose work can been found in other downtown spots like Postino Central, Kitchen Sink Studios and homes in the Garfield District.

Another addition in the Phoenix location will be a beer, wine and coffee bar called First Draft Book Bar.

Ultimately, the new Changing Hands will provide a place for the Phoenix community to gather, but in a way that is uniquely its own. Says Dach, ultimately, “the community will shape how that bookstore will look and feel.”