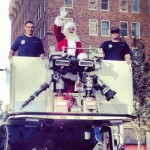 The Downtown Phoenix, Inc.’s Community Advisory Panel was formed this summer to serve as a sounding board for broader communications and connectivity for all downtown stakeholders. The panel has met three times and developed a mission and vision statement, guiding principles, and 16 goals to improve “connectivity” and “place.”

One of the most favorite things about my job is seeing how more and more downtown stakeholders – in business, government, and community – are working together to demonstrate the old adage, “the whole is greater than the sum of its parts.” Let me give you one example: maps. The Hotel Palomar teamed up with Pedal Craft to develop a walking and biking map of downtown Phoenix, not just of the downtown core but up to the ASU campus, several historic neighborhoods, and Hance Park. Valley Metro and Artlink Phoenix are working together to develop new light rail station display maps featuring destinations along light rail. GRID Bike Share is benefiting from the City of Phoenix’s General Plan crowdsourcing tool and its own community outreach efforts to create the best possible mapping system for the launch of regional bike share early next year.

’tis the Season! How can businesses and organizations promote their holiday events? My colleagues at the Downtown Phoenix Partnership and Downtown Phoenix Journal have been busy compiling a holiday calendar of events and activities taking place in and around downtown. Click here for our comprehensive – and still growing – holiday guide. Send in your list of public activities here, so they can added to  the most comprehensive directory possible to Valley residents and visitors.

And, as you travel up and down Central Avenue from Baseline to Camelback, notice the holiday decorations and lights that adorn hundreds of street poles. Thanks to JoMarie McDonald with Phoenix Community Alliance for spearheading this initiative assisted by a strong planning committee and dozens of sponsors listed here.

What are some recent examples of downtown’s economic and cultural vitality?

Both are excellent reads, and we have the Phoenix Convention and Visitors Bureau to thank for “pitching” our downtown story.

By mid-May 2014, the sculpture, fiber, and intermedia programs will transition from the Tempe campus. An opening reception will be held on January 17, 2014 from 7 to 9 p.m. to allow the public to tour the space and view work by graduate students in the drawing and painting programs.

Also on November 20, the Hance Park Master Plan Design Team presented their initial concept ideas for Hance Park at a community meeting attended by over 100 interested citizens. The general consensus was that the team was on the right rack. The team has posted a summary of their concept ideas here. With additional feedback from stakeholders and the public, an Interim Master Plan will be presented on January 22, 2014 and a Final Master Plan will be presented on May 26, 2014

Valley bicycle enthusiasts turned “Black Friday” into “Green Friday” this year when pre-launch founding memberships for the new Grid Bike Share program went on sale. A limited number of founding memberships are available and can be purchased at Grid, which is set to launch in Phoenix in early 2014, and will consist of a fleet of public bicycles, which are docked at self-service stations in downtown and central Phoenix and near the Metro Light Rail. The program will expand to include Tempe and Mesa in Spring 2014. Grid members or day pass users can locate, reserve, and check out the GPS-enabled bikes using the Grid Bikes app, personal computers, kiosks, or on the bikes directly. PJ’s in the Park. Photo provided by Downtown Phoenix Partnership.

While much of the Phoenix region continues to develop as a suburban city, a growing group of urbanites are changing downtown and central Phoenix for the better. The Phoenix City Council recently approved a series of code changes in the core and along light rail that will facilitate more dense urban infill. In addition, the City has created a dedicated infill development team to find creative solutions to difficult urban site plan review issues. By every measure downtown Phoenix is becoming a more vibrant and energized place. Recognizing our emerging urban character by making it easier to developed constrained urban lots and undertake adaptive reuse of existing buildings will accelerate this effort. Kudos to Kimber Lanning of Local First Arizona for taking a leadership role in this effort and for never giving up on what urban Phoenix can be. And thanks to Alan Stephenson, Cindy Stotler, and their Planning and Development Department team who continue to stay focused on moving things forward for our community.

Barrett, The Honors College at ASU Downtown have finished their fall 2013 semester course, “HON 497: Downtown Phoenix Community Encounters” and invited the community to hear what they have learned about our downtown in an end-of-semester presentation showcase. Topics covered in the six-week class include downtown Phoenix history; entrepreneurship and local business; government, politics, and activism; places, spaces, and adaptive reuse; promoting arts and culture; and sustainable and vital living. Learn more about this important class.

How can we help others?

Now in its 10th year, the Downtown Phoenix Ambassadors’ Holiday Food Drive benefiting St. Mary’s Food Bank has set an ambitious goal of collecting five tons of food and water for those less fortunate. In addition to permanent drop boxes at the Ambassador Information Center at 101 N. 1st Avenue, there will be boxes available at several of the holiday events happening downtown this season, including PJs In the Park on December 6. All donations will earn entry into weekly prize drawings that could land Stand Up Live tickets or restaurant gift certificates. If you’d like a donation drop box for your office or want to schedule a donation pickup, call R.J. Price at 602-744-6410 or click here for more information.