Beethoven in the Labyrinth at the Classical Revolution Phoestival 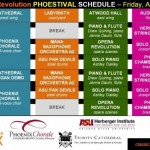 Sample free classical music at the third annual Classical Revolution Phoestival, a casual, unique buffet of chamber, percussion, and choral performances held as part of Artlink’s First Friday on April 5. Shuttles stop conveniently at Trinity Episcopal Cathedral, where ten ensembles play over the course of three hours. While all four stages are on the cathedral’s grounds at Roosevelt and 1st Avenue, they range from an upstairs auditorium to the outdoor Labyrinth.

Presented by Classical Revolution Phoenix (CRPHX), a grass-roots organization promoting free chamber music performances in unusual, non-traditional settings, the Phoestival offers a demonstration of the cathedral’s organ by Canon Musician Erik Goldstrom as well as an open rehearsal by the Grammy-winning Phoenix Chorale. As CRPHX’s main event designer and ensemble booker, Kluesener works closely with Phoenix Chorale Director of Marketing & Communications Jen Rogers, who says, “We call ourselves co-founders — kind of like charter members — but I think of us more as coordinators.”

Rogers continues, “The primary host and sponsor of the Phoestival is the Chorale, [which] provides the venue, design and printing of the flyer, piano tuning, other infrastructure…and helps secure partners.” CRPHX’s volunteer-driven cooperation continues to develop beyond the Phoestival to performances around the Valley, thanks to word of mouth and the wildfire effect of social media.

Among its occasional special events, CRPHX presents a regular monthly concert series at Trinity Cathedral each First Friday, and Second Friday jam sessions at Harley’s Italian Bistro. The Lost Leaf Bar and Gallery hosts 21-and-older shows on the third Wednesday of every month, and Bookman’s of Mesa offers Final Friday performances. CRPHX takes a break during the summers, since many of the movement’s volunteer musicians leave town for festivals and other opportunities. “I’ve seen our impact slowly spread and grow among average community members and the finest classical musicians in the area. Anyone with interest in us…will find a willingness to produce projects and make an impact…in a very special, musical way,” says Kluesener.

Musician Katherine Palmer is relatively new to CRPHX; she began participating last August. “We’re lucky in the Valley,” Palmer says, “because there are a number of musicians with many different talents…finding performers has not been as challenging as one would think.”

Their mission continues to foster the Classical Revolution ideal, bringing the music of Haydn, Beethoven, and countless other composers old and new into bars, open spaces, public transportation, and any conceivable performance space, spreading the pleasures of classical music in unexpected ways. 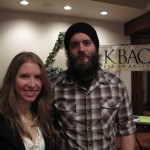 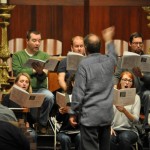 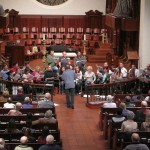 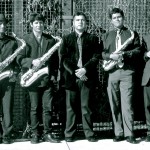 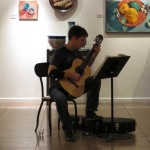 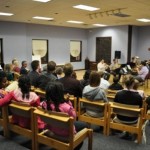 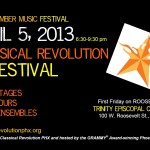 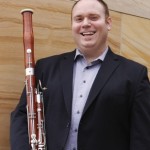