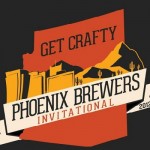 It’s Friday afternoon and half of your office has joked about cutting out early and having a beer. You daydream about it but you stay at your desk. Our unwritten rules about when we drink are ingrained. We’re supposed to cram it into a happy hour, often Thursday or Friday. The drinks are big, the food is small. That’s our workplace culture–the larger culture. Welcome to Beer Culture.
The Phoenix Brewers Invitational (PBI) in Phoenix Heritage Square is a new event for Arizona and it is billed as, “an opportunity to provide the Arizona craft beer scene and the City of Phoenix with a signature event to help generate awareness of our developing craft beer culture.”  Craft beer culture says that it’s OK for your local community to be involved in beer and beer events and this extends to our city leaders.

In most parts of the country, it wasn’t politically acceptable for politicians to be seen with a glass of beer. President Obama is credited with changing that thinking with his beer summits. He’s been photographed raising a pint of Guinness. He’s bought a round of Buds at the Iowa state fair. He’s had his chefs brew beer in the White House kitchen and famously shared them on the campaign trail. Phoenix joins other great cities as Mayor Greg Stanton opens the PIB with a toast.

Did you miss that? Noon. Friday.

Famously, Postino Winecafe  has a bumper sticker that reads, “Drinking Wine at Lunch is not a Crime.” That is true of wine culture and it is also true for those that enjoy good beer. If you’re not able to make the leap from work culture to beer culture you can still check out the fest with your worker-bee cred intact.  The PIB is free to enter. You can check it out during your lunch hour and see what is being offered without paying.  The PIB will have Food Trucks on hand and there is craft root beer.

If you want to partake, there will be over 60 breweries each offering a single beer. Over 25 styles will be represented.  You need to purchase a commemorative mug and drink tickets. The glass will cost you $10.  Tickets are $1 each for a 3 oz sample. The mug and the tickets can be used when you return after work on Friday, or Noon to 10 p.m. on Saturday.

Another tenet of beer culture is that beer should be enjoyed with food. Often at a festival, you’re enjoying great food with a tiny beer. The PIB will let you trade in four tokens for a full 12 oz serving. You can wash down the fare from Aji Mobile Food, Ole Dixie Southern Food, Torched Goodness, Emerson Fry Bread, Luncha Libre and Epic Hot Dogs with a hearty pour! Beer was meant to be enjoyed by the glass.

The Invitational is patterned after Portland’s Oregon Brewer’s Festival and it is one of the reasons that the city is referred to as Beervana. We expect that type of an event from such a beer city. Will Phoenix rise to the challenge? Will your Downtown Beer be a Friday afternoon one? Cost: Admission into the festival grounds is free, In order to consume beer, purchase of a 2012 souvenir mug is required & costs $ 10.00. Beer is purchased with wooden tokens. Tokens cost $ 1.00 per. Patrons pay four tokens for a full 12 oz. mug of beer or one token for a 3-oz. taste.

Proceeds of the event benefit The Beer for Brains Foundation, a non-profit organization that raises money for the Barrow Neurological Institute at St. Joseph’s Hospital and Medical Center in Phoenix.