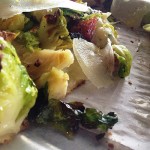 Owner:  Lauren and Wyatt Bailey and Craig and Kris DeMarco

The Concept:  Being the newest member and neighbor to the Postino Central and Windsor family, Federal Pizza has a reputation to stand up to.  Locals are used to good, local food at affordable prices in unpretentious spaces.  The building is a 1970’s First Federal Savings & Loan Bank (hence the name) and the owners were firm on keeping as much original history in the concept as possible.  The brass piping, wood beams, and color scheme is true to turn of the century design.  The space is eye catching with bright colors against neutral finishes with something interesting in every nook to look at.  Bold chandeliers, a colorful mural, and 60’s inspired salt shakers are some notables.

The playlist hosts bands like Ratatat, Beck, and Run D.M.C. then jumps to an 80’s hairband for a toe tapping, eclectic mix.  The menu font looks strikingly similar to that found on paper money and the bar stools, chairs, and light fixtures are a modern twist on 60’s and 70’s swag.

The original bank vault was kept above ground with an intricate security system under the building to keep robbers from pinching the cash.  During renovation, the owners were sensitive to working around this in order to preserve as much of the building as possible.  After the big purchase, they let the building sit until the concept birthed itself.

“Nearby Aiello’s closed and the owners wanted that neighborhood pizza place everyone could go to while challenging themselves to separate from their other concepts,” explains James Anderson, bartender with the company for two years.

FUN FACT:  Owner Lauren Bailey had the genius idea of using Postino wine crates to create a beautiful, functioning ceiling that adds a piece of their own history to the restaurant.

Have a Seat:   Big, comfy corner booths and tables face the breathtaking open kitchen.  A long bar sits many and a small area just before the patio will envelope you in psychedelic pattern coming from the wall adorned mural.  Sit at the counter and watch the action around the pizza oven, and get your mouth watering.

The Patio:  A true urbanite can appreciate a street side patio, especially as the Phoenix weather cools down.  Easy on the eyes during the day and metropolitan-romantic at night, this patio is a retreat for mingling and people watching while breaking bread.  The staff keeps it clean and comfortable.  For the chillier weather there are plenty of heaters.  The City recently added a bike lane on Central Avenue to reduce traffic and street noise, and they’re also working on adding a light at the intersection of Colter and Central.

The Eats:  Federal Pizza presents traditional pizza joint offerings with some specialties that will have your taste buds singing.  The corn coins are a fun appetizer that are seasoned to perfection with fennel, herbs, melted pecorino and dusted with paprika.  The pizzas are exciting with interesting combinations like Brussels sprouts, crispy pancetta, manchego and a zing of lemon zest.  The crust has a perfect crisp but is soft and doughy on the inside.  Ask anyone who works there what to order and a unanimous “porchetta sandwich” is the response.  A duo of pork loin and belly are accompanied by caramelized onions that are sweet against the peppery arugula.  With so many lip smacking options, Federal will have you locked in as regular before you know it.

The Drinks:  An impressive beer selection of foreign, domestics, and locals are available in a variety of sizes.  Chubs (32 oz) and growlers (64 oz) are available for a steal and they take it further by offering half off any other beer and wine to go.  There is something special on their wine list:  house made wine coolers.  An old school novelty made new with high end cava and infused, natural flavors like strawberry rhubarb and blackberry rosemary.

What They Say:  A proud father-in-law, Dennis Bailey, couldn’t be more excited for the new concept.  He was eager to show off every detail of the space.  An employee of the company, John Nemeth says, “It’s about good people having a place to go with good food and interaction.  Everything in here involves you so you gain an experience rather than just giving an order and eating.  We wanted this place to be welcoming, exciting, and something different.  It’s part of why I love working at this location.”

Report:  Overall a praiseworthy move by Bailey and DeMarco.  The food is outstanding and affordable; service is knowledgeable and professional; the environment is stimulating while relaxing.  The neighborhood was begging for the perfect pizza place, and now they’ve got it. 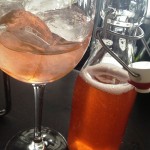 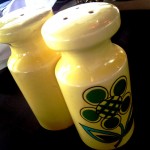 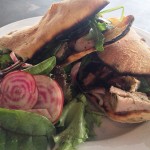 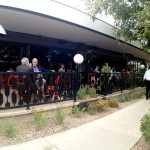 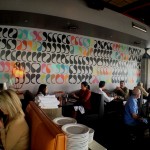 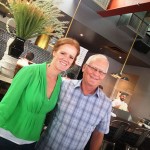 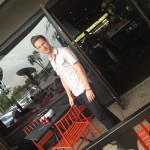 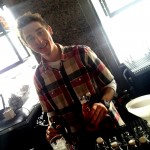 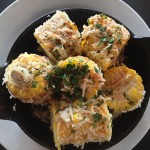 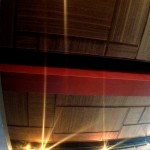 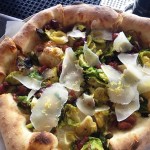