A Battle for Substance in the Phoenix Art Scene 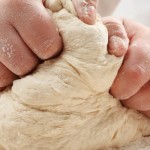 Currently, on any given First or Third Friday, you can venture into downtown Phoenix and find yourself a nice enough art exhibit, with a crowd of visitors. This wasn’t always the case. I remember rough times as a founding member of Eye Lounge when we were happy to see at least 25 people come through the door.

Now it’s over 10 years later and Phoenix has developed a steady stream of of people eager to see what’s happening. This is surely a sign of Phoenix’s cultural growth, but what is next? How does the downtown art scene evolve into something more significant? As an artist, I’ve always believed that we owe the our audience a challenge. We must create work that takes risks and makes our audience ask “what is this about?”

I moved to Phoenix in 1996 after having grown up around institutions like the Philadelphia Art Museum, the Carnegie Museum of Art and even the rich, cultural density of the small city of Reading, PA. I expected art and substance to be here, just waiting for me to access it. I quickly found that, like so many things in this city, you really have to dig into its layers and sometimes you have to work to create it.

The Phoenix art scene is at a pivotal point. At first, it was sufficient to put up a show—any show—and hope that people would come see it. Now there’s a sense that something more needs to happen to shift into the next gear. Do we continue to evolve and take our place among other culturally significant cities or risk idling into oblivion and diminishing all the hard work that’s gone into getting us to this point? The question is not is there an art exhibit anymore, the question must be what is it about?

In some ways, this transition has begun to happen. Independent curators such as Lara Taubman (now Wisniewski), Gina Cavallo Collins, Ted Decker and Modified directors Kim Larkin and Jeff Chabot have, in the past and present, designed shows centered around complex themes—presenting work that wasn’t guaranteed to be a crowd pleaser but which takes advantage of the captive audience and open venues to dive into headier subjects, such as immigration, the vacancy of space in Phoenix, the video game as art piece or the language and images of war taking many forms. In the area of performance art, The Phoenix Fringe Festival has taken on this challenge—giving a platform for odd, ephemeral and performance-based work. The success of the festival is based on our local art and performance community’s willingness to try something different and gamble on the results.

Although taking risks and exploring new forms of presentation, materials and venues doesn’t automatically generate substance, the process of thinking in this direction has the potential to create works that have more social and personal relevance. Failures are possible, but within them are the possibility to discover something new. Putting a thoughtfully selected group of artists together to address a common concept gives the audience a theme and common ground for engaging with the work; much like reading a collection of essays on sea exploration or watching Shark Week on TV— they get to see different angles of a singular idea. Let’s build on our past.

All of the ingredients are here. We have a vibrant, proactive group of creative individuals that believe in community and support each other thoroughly. These individuals are intelligent, thoughtful, enterprising people who have managed to galvanize an area and develop an audience. Microcosms of artist groups have developed within this larger whole that express different perspectives and commonalities. These commonalities could be explored to generate exhibitions, performances, events, happenings, or interventions that would highlight the most compelling aspects of the artists at work in this city.

Phoenix should continue to expand on the groundwork that has been laid. Imagine Phoenix as a city known not just for the mobs of people clogging Roosevelt, offering free hugs and flyers, but for something deeper, more complex, strange, ridiculous, edgy or thoughtful. Let’s see and become artists who are pushing boundaries, creating work that compels audiences to ask themselves questions about what they’re seeing.  Let us allow our audiences to be immersed in work that will make them think. Curiosity, confusion, wonder, anger, happiness, sadness. Taking Phoenix to the next cultural level is possible if we stop to think what this is all about.

In this story: arts, local artists