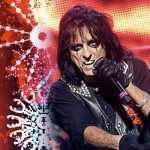 Before there was America’s Got Talent or X-Factor, there was The Valley’s own search for the stars; Alice Cooper’s “Proof is in the Pudding,” where local musicians compete for the opening spot, sharing the stage with Alice Cooper and legendary friends, at Alice Cooper’s Annual “Christmas Pudding” Show at Comerica Theater.

Long before America’s Got Talent or X-Factor, Phoenix’s very own shock-rocker, Alice Cooper, opened the door to local talent for the coveted spot as opener of his Christmas Pudding event at Comerica Theatre.

Here is the chance for solo artists and bands, aged 25 years and younger, to compete against The Valley’s best and brightest local talent, to win the spot onstage with the legendary Alice Cooper, and many of his celebrity friends who come together to make Christmas Pudding the exhilarating and unique rock-n-roll Christmas celebration that’s become a staple of the Phoenix holiday season.

Applicants must apply by October 1, 2012, in order to secure a time slot at the first round of auditions taking place on October 15th and 16th. The application can be found here.

The selected bands/artists will then compete at the pre-finals held on November 5th, 6th, and 7th at the Hard Rock Café.

The top 3 bands and 3 soloists of each night will advance to the finals on November 19th and 20th at AliceCooperstown.

The winning band and solo artist will perform with Alice Cooper & friends at Christmas Pudding at the Comerica Theatre on Saturday, December 8th, 2012.

BACKGROUND
Alice Cooper’s Christmas Pudding celebrates its 12th year on December 8, 2012. This annual fundraising event has worked to raise money for Alice and Sheryl Cooper’s Solid Rock Foundation, which opened the doors to The Rock Teen Center in March 2012, a dream that has finally become a reality. A collaboration of Alice Cooper’s Solid Rock Foundation and Genesis Church, The Rock ministers to teens through the music, dance, art, vocational training in sound, lighting, and staging, and fellowship in a safe facility. With so many public schools forced to cut vital programs like music and dance due to lack of school funding, The Rock will cultivate a love of the arts to inspire and challenge teens to choose artistic excellence instead of drugs, guns, or gangs. Who knows what amazing performers, choreographers and producers might come from The Rock!

“We are fulfilling a vision we’ve had for several years…to provide teens with a central place to learn, have fun, and explore their creativity in a supportive and safe environment. The Rock will be one of the first of many teen centers in Arizona and, ultimately, around the country.” – Alice Cooper