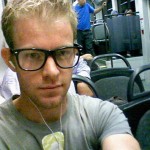 I first met downtown Phoenix in the summer of 2006. A proposal for a project called CityScape was being heavily debated and I wanted to know what the fuss was about. The flashy renderings of tall well-lit glassy towers and retail-lined streets pulled my mind and heart into the core of this sprawling Valley. Words like “new tallest” and “residential towers” were used. In those days, I was a big supporter. I sent emails, made phone calls and showed up to all the meetings in City Hall to show my support for this new project that was supposed to be a catalyst for downtown redevelopment.

The process, the debate, the vision of what could be was electrifying. The ideas, the people, the rancor and excitement lit me on fire. I wanted to understand the city and I wanted be a part of shaping it.

I found websites where images of historic downtown Phoenix were posted. I saw buildings like the ornate Doris Opera House with its turrets and Queen Anne-style details, I saw the curved four-story, stone Fleming Building (the first building in Arizona to have a passenger elevator) I saw photos of the Luhrs Hotel, the original City Hall, and the stunning art deco Fox Theater. I saw photos of a streetcar system that I learned ran for miles and miles and I longed to live in this urban, architecturally marvelous city in the desert.

When I came downtown and walked around I learned to my dismay that every building in every photograph I had seen of our downtown core had been demolished, paved over with ugly, heat absorbing surface parking lots, or worse left vacant with nothing but dirt, leaving our city to resemble a bombed out, abandoned and hostile place for pedestrians.The superblock and megablock projects like the Arizona Center and Chase Field had done little to create a dynamic, urban core. Because if it wasn’t a game day, downtown was Arizona’s largest ghost town.

But like many Phoenicians I see things not as they are but as they could be (this is both a blessing and a curse) and I began to sense something else: there actually was cool stuff percolating downtown. There were artists working, musicians recording and performing, and phenomenal restaurants like Rum Bar opening and creating within Phoenix a sense of self and place. The community development and connectivity weren’t as obvious as in other cities I’ve lived in, but something was happening and I felt it all around me. The potential was there along. I figured out that anyone who took the time to roll up their sleeves and get to work could make a difference.

I threw myself into this new, exciting world. I began showing up at city council meetings, I started learning about historic phoenix then blogged about my discoveries, I went to Downtown Voices Coalition meetings, then to social meet-ups like Radiate Phoenix, Get your PHX and Rogue Green where I met downtown advocates, artists, writers, business owners, neighborhood activists and politicians. Downtown was buzzing but only a handful of people in this sprawling metro area recognized it.

My geeky personal blog helped me find my voice, led to new writing opportunities including a book about Downtown Phoenix, and a staff writing position at DPJ where I was given freedom to explore the city and where talented editors who helped me grow as a writer challenged my ideas.

At the root of all I wrote, said and did was that Phoenix was in fact an awesome place to live and I wasn’t going to let anyone tell me differently. I grew weary of the tortured Phoenix attitude that Phoenix is only a place for those who are passing through to “somewhere better.” This idea is elitist and grotesque and I reject it. I opposed the idea that Phoenix is boring by saying only boring people are bored, my weekly schedules were so full there wasn’t time enough to do all that downtown had to offer. I rejected publicly and noisily the idea that Phoenix sucks and that there is nothing good in Phoenix – this false idea permeates so much of our dialogue and it’s time for it to stop.

Does progress come at the speed I’d like? Absolutely not. Are there many disappointments and setbacks? You betcha. I’ve cried into my drinks at Hanny’s more times than I can count.

Let me be clear: I’m not a mindless cheerleader. Downtown Phoenix has some major problems that must be resolved if we are ever to see the progress we want so stop bitching about the things that are wrong and do something. Get on a city board or commission. Run for office. Be the change you want to see. Or at least hang out downtown, make the effort to explore your core, go to places like Hanny’s, Cibo, the Duce, Crescent Ballroom, get to know local people and you’ll see a side of downtown that is hiding in plain sight.

I thought I’d be in Phoenix for many, many years to come. But last December things changed, I met someone and decided to go back to grad school and this move is taking me to Salt Lake City. (Love makes us do crazy things, I guess.) I’ve been saying goodbye to downtown, to my friends, and to my city all month. I love the desert, I love downtown Phoenix. To those who love to hate it, I can only say how sad. They don’t deserve to understand it.

Now, I look around and feel a sense of awe at the things that are being built. I went to First Friday earlier this month for my last time and even I was pleasantly surprised by all the new additions. The Nash, a downtown space for live jazz was open and full of people, the pop up park next to Carly’s was full of people and music, Concord Eastridge was rising above the once ugly dead zone that characterized a large part of Roosevelt Street, the Bodega, Songbird Coffee, the new signage in front of FilmBar, the soon to open Angels Trumpet Ale House, the redevelopment of First Street where the downtown dog park should be built, all this within walking distance of my apartment. I’m going to miss being a part of such an exciting renaissance.

Is it really happening? Is downtown finally at the tipping point? Can it once again become an urban neighborhood with all the amenities you want and need within walking distance? Of course it can, and I know it will.

Goodbye, Downtown Phoenix. You believed in me and I believe in you.

Ed note: We say farewell, and thank you, to Seth, but DPJ readers will be able to enjoy a few more of his writing contributions in the weeks to come.