Your Downtown Beer | My Valentine to The Love of Beer Movie

I have decided to devote myself to craft beer partially because I love what’s in this glass, but also because I really love the passion and the people that make this happen. I’ve never seen anything quite so beautiful. Writer, Lisa Morrison in The Love of Beer.

The byline of one of my favorite columnists, Andrew Sullivan, is “Biased and Balanced.” To be in love is to be biased, so let my Valentine to The Love of Beer movie and Film Bar count the ways.  A disclaimer: I hold a board position with The Arizona Society of Homebrewers, the organization that helped bring this Arizona Beer Week movie premier to the Film Bar. In the end I will leave it to you to determine if I have met some measure of balance.

The Love of Beer is a documentary that follows the story of two women in the craft brewing industry–acclaimed Oregon brewer Tanya Cornett and Portland publican, Sarah Pederson. I was fortunate enough to be at the film’s debut last August at The McMenamins Baghdad Theater during the Portland Beer Bloggers Conference. Dozens of familiar faces appeared on the large screen, some that I’ve known for years, most others I had just shared pints with at the conference. I choked up knowing that some of my friends and colleagues were having their stories told in the iconic theater pub.

The movie allowed me to re-live a conference side trip to the Goschie Hop Farm at high harvest. Our visit is forever portrayed as a beautiful luscious and juicy green sequence interspersed with shots of matronly Hop Boss Gayle Goschie. My olfactory memory provided the aromatrack. I tell you this not as a boast, but to demonstrate where and how deep my bias lies. Can you imagine a conference of any kind concluding with a feature-length film? It was a literal, “Killing Me Softly” moment.

The principle characters of the film are women and, while I do not want to detract from their personal struggles or accomplishments, this not Norma Rae. Producer, Alison Grayson was not out to create a feminist film or craft beer call-to-arms. Instead, it is a celebration of women and their journey in the mostly embracing craft beer culture. Our Arizona beer culture is ripe for such an awakening. We have a downtown theater that features beer in an up-and-coming area and the Valley boasts a very active female craft beer group, the Arizona Girls Pint Out.

The Film Bar has fast become one of my favorite places downtown by offering a unique combination of film, art, music and a fine selection of beers and wines. The Evans Churchill neighborhood is gaining stature as a beer destination as there are now several establishments that offer a thoughtful beer selection fitting the personality of each business.  Carly’s Bistro and The Roosevelt offer different takes on food and beer while The Lost Leaf is as known for its live music as its long specialty bottle list. The Film Bar has carefully crafted a mix of draft and bottled beers that pair with a quirky indy or classic euro film. The summer arrival of new craft beer bar Angels Trumpet is certain to shift the region’s East Valley centric beer axis a bit more toward Phoenix.

There are many reasons why you’re going to want to attend the Wednesday and Friday screenings at The Film Bar, especially the Arizona debut. At the opening Wednesday, there will be a meet and greet prior to the screening and a follow up panel with the filmmaker Grayson, Four Peaks Brewer Melissa Osborne, Arizona Girls Pint Out founder Maureen Basenberg and members of the Arizona Society of Homebrewers. Joe Arvallo of Film Bar has booked Andrew and his Fiesty Felines and Four Peaks will release a new Robust Porter at the event.

When beer intersects art, local business and community, I feel as Morrison does. I have never seen anything quite so beautiful. 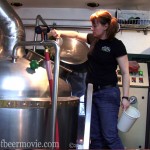 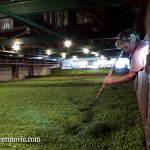 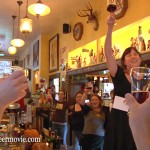 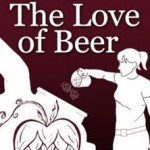 The Love of Beer from Lingering Illocutions on Vimeo.