A Fresh Look at the Phoenix Center for the Arts 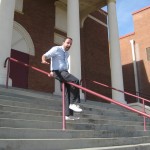 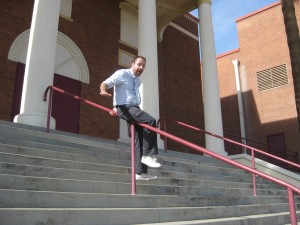 Look closely under the dust and construction of the Phoenix Center for the Arts and you might catch a glimpse of Joseph Benesh, the energizer bunny behind the Center’s growth as an arts and culture hub in Downtown Phoenix.  As the new operations manager, he’s a man on a mission to raise awareness city-wide of this amazing Downtown arts resource.

Since 1976, the Phoenix Center for the Arts has been a cultural center in the heart of Downtown Phoenix, providing the citizens of Phoenix with “year-round opportunities to participate in the visual and performing arts through creative and affordable quality programming.” That means classes, lots and lots of classes!

“We have two students who’ve been taking classes at the Center for over 30 years, and recently one man who’d taken his first class 30 years ago has returned to take the same class, in the same classroom,” said Benesh.

Since Benesh was hired, class registrations have grown by 37%.  Adults can participate in everything from painting and drawing to metals and jewelry, from ceramics, glass, and music, to printmaking and photography. Youth classes (for kids age 6 and up) cover music, dance, art, and theatre.

The current renovation will create a brand new entryway for the Center on the north side of the building, making it the only building that opens directly onto Margaret T. Hance Park. The three-story entry, scheduled to be completed by May, will face the parking lot and provide a highly visible and accessible “way in” for people. Benesh is also a member of the Hance Park Conservancy Board and is actively involved in the redevelopment and rejuvenation of Hance Park. 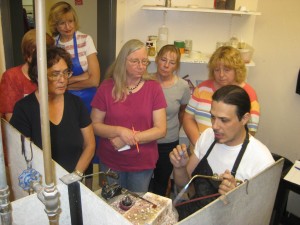 “We can provide inexpensive office space, quality rehearsal and performance space, and the synergy of a network of other arts organizations to interact with, “ said Benesh.

What’s Next?
Benesh is excited about the projects that he and his board are working on for the future, including purchasing a portable amphitheater for the eastern end of the park to be shared with local arts and culture organizations, using the $5.5M in bond funds to renovate the Center theater into a 600 to 700-seat house, and the inaugural Phoenix Festival of the Arts planned for next November.  He envisions a weekend-long event, showcasing artists and arts organizations from throughout the Valley.

Visit the Center website for class schedules, or drop by on a First Friday, or during Art Detour in March to check out their gallery openings and performances.

Save the Date for Downtown Phoenix’s Premier Art Tour Event!

Art Detour 24 returns March 17 & 18! The free, two-day, self-guided tour of artist studios, art spaces, and other art venues in Downtown Phoenix promoted by Artlink, Inc. in cooperation with participating venues. Experience the creative spirit of the downtown arts community and save the date: March 17 & 18. Visit ArtlinkPhoenix.com.