Third Places for the Win 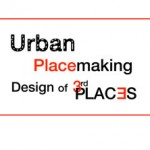 Even though Scottsdale appears in the name, the event is happening in the Warehouse District in Downtown Phoenix at the Levine Machine on Grant Street tomorrow night from 6:00 to 9:00 p.m.

The organizers Bob Diehl, Andrew Knochel and Jim McPherson decided on a TEDx Salon because the smaller event allows for a more focused theme. This intimate setting provides the audience a better opportunity during intermission and at the end of the night to discuss the ideas presented. TEDx Salons can be weekly or monthly to keep the community engaged between the larger TEDx events.

It was Knochel who came up with the idea of discussing Third Places. These are the places in our lives that are neither work nor home, but those places where we socialize, eat, celebrate, sometimes cry into a beer, and where we meet and share ideas with other people in our communities.

What is about these Third Places that we love? What factors make these places so great that they are memorable enough that we habitually return to them?

He approached Jeff Fischer, the owner of Lux, Craig DeMarco, co-founder of Postino, Windsor and Churn, as well as Marianne Belardi who helped open and run Cowboy Ciao and Kazimierz in Old Town, and Margaret Bruning who ran Scottsdale’s public art program for many years as associate director of Scottsdale Public Art (she currently serves as Director of Civic Art at Los Angeles County Arts Commission).

A video of a TEDTalk by Nathaniel Kahn called “My Architect” will be also be shown.

The night is sure to bring out strong ideas and opinions. It’s also a chance to learn more about and to celebrate the great Third Places that already exist in Metro Phoenix.