From the Mag | Dennita Sewell on Giorgio di Sant’Angelo 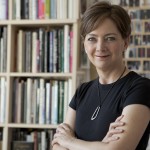 (From the Mag brings you excerpts and continued conversations from DPJ Magazine, a bi-monthly print publication distributed throughout Greater Downtown Phoenix and beyond. The Nov/Dec edition hits the streets 11/11/11.)

Phoenix Art Museum’s fashion design curator Dennita Sewell is one of those responsible for placing the Valley of The Sun in fashion’s spotlight.

Sewell has appeared on Martha Stewart’s television show and, most recently, her newest exhibit has been in Elle magazine and the topic of conversation with Andre Leon Talley via Vogue.com. In the Vogue.com article, Andre talks with Yves Saint Laurent’s Stefano Pilati, expressing his interest in the Giorgio di Sant’Angelo exhibit at Phoenix Art Museum.

The late Giorgio di Sant’Angelo could be considered a keystone designer of the “hippie chic” look, as Sant’Angelo mesmerized with bold prints and ultra-feminine cuts in his designs. The exhibit will explore Giorgio’s work through the early 1970s on. The exhibit opened runs through February 12, 2012. I discussed the exhibit with Dennita.

You comment that di Sant’Angelo’s work was “Hippie anti-fashion style” — how will we see this throughout the collection?

When di Sant’ Angelo started working in the later 1960s, a costumey style trickled up into high fashion that was influenced by the folkloric-style dress that young people and “hippies” favored. The term “rich hippie” was coined to identify the style as it was interpreted by designers such as di Sant’ Angelo, Yves Saint Laurent and others. These were high-end clothes sold in upscale department stores, such as Bonwit Teller and Bergdorf Goodman.

There were great changes in women’s identity and roles in society at that time. These new freedoms manifested in fantasy-based designs evoking, gypsy dress, Native American dress, historical dress, peasant dress and the like.

Di Sant’ Angelo wanted to give women a sense of individuality through his clothes, which evoked the freedom of the cultures they were inspired from. In the exhibition we include works from his earliest collections based on gypsies, natives as they were manifested in the early works, but also how these ideas emerged again in more streamlined and refined versions in later years.

How long have you been working on this exhibit?

I guess you could say since the mid 1990s, when I first learned of his work, but the actual organizing and layout of pieces has taken place over the last few months.

Andre Leon Talley, via Vogue.com, voiced interest in the exhibit. Can we expect Vogue’s contributing editor to pay the museum a visit?

Talley knew di Sant’ Angelo and was a great fan of his work and of Lena Horne, who di Sant’ Angelo dressed. He is graciously lending a coat di Sant’ Angelo made for Lena Horne to the exhibition. He had hoped to be able to speak at the Museum this fall but had a conflict in his schedule. We will have a terrific round of speakers coming in, including Pat Cleveland, who was among the vanguard African American models, and di Sant’ Angelo was among the first to use them in his shows. Also speaking will be the Julia Chapin, the author of Gypsy Style, a very cool book on the rich hippie jet setters of the period.

Read the rest of the interview with Dennita in the Nov/Dec edition of DPJ Magazine.