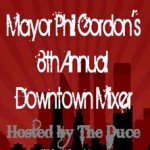 The event will celebrate the past eight years of progress in our Downtown Phoenix community, highlighting the economic position of our city’s core, as well as community efforts towards various projects and initiatives throughout Greater Downtown Phoenix.

Entertainment: Special Performances by Arizona’s Lady Gaga as well as the Hot Birds and the Chili sauce

Transportation/Parking: The Duce is transporting guests in their vintage bus to and from the north side of City Hall beginning at 4:15 p.m. Light Rail to Central Ave/Washington St. station, walk five blocks south. Limited valet parking is also available. 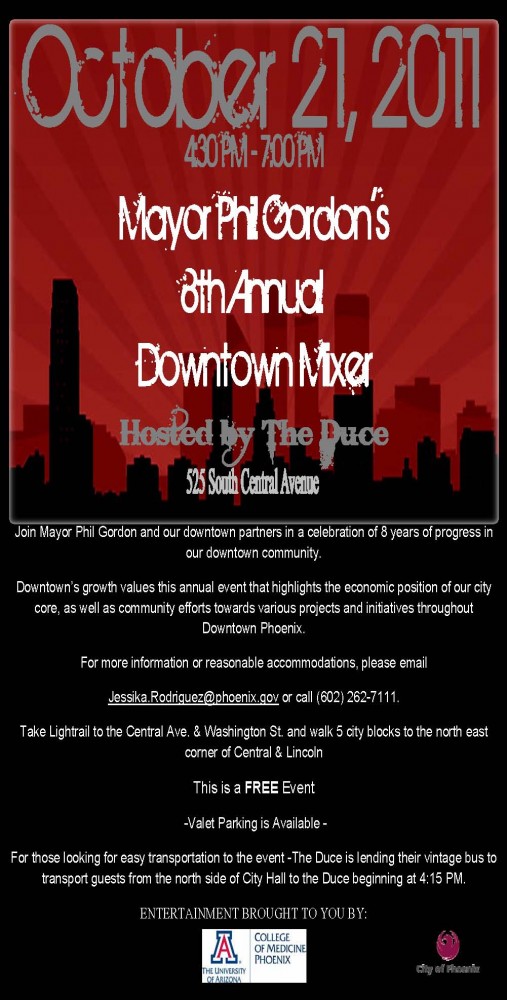