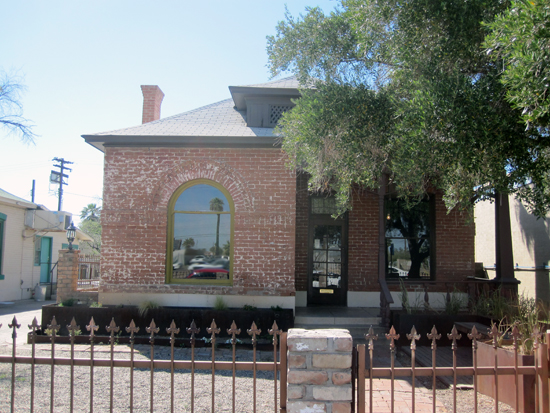 The corner of 3rd and McKinley streets is a tiny haven for Western Colonials built at the turn of the century. One of the few areas of Evans Churchill that hasn’t been demolished in favor of dirt, this stretch proudly displays an architectural style with enough intricate detailing to tell the history of this overlooked neighborhood.

One such Western Colonial, the Howard Cassidy House, was built in 1899, a one-and-a-half-story brick building on a concrete foundation. The original fired brick wall sheathing, now well over 100 years young, is still in handsome form. But it is the ornate detailing — the ornamental woodwork around the windows and roof ventilator line and the balustrade that forms around the porch — that makes the Cassidy House such a valued relic.

Cassidy, a local salesman at the turn of the century, had a taste for the flashy, and liked the way the hipped roof flared out facing the street. The octagonal asphalt shingles of the era were a nice touch as well.

The home’s standout feature is its recessed entry via a wooden door with glass widows off of the front porch. Large widows at the front and rear of the home ensure plenty of daylight peeks through. An addition to the home some years later placed a rear patio and apartment toward the back, lining the alleyway.

For most of its life the house served its original intention as a single-family residence. After Cassidy left, William Farish, assistant manager of the U.S. Reclamation Service, was a tenant for some years. Today, of course, 816 N. 3rd St. is widely known as the Roosevelt Tavern, one of Downtown’s premier sources for microbrews and choice wines. Even the former studio apartment in the rear has been converted, now serving as the bar’s kitchen and storage area. For a look at the history of the home, visit the Roosevelt and take in all of the rooms — historical touches are still present in each.