The wait is over, Phoenix. 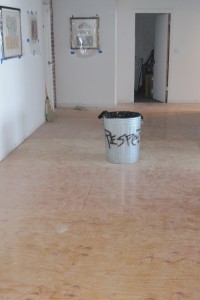 Modified Arts, the beloved hipster haven, will be reopening its doors just in time for this month’s Third Friday. Under new direction from husband-and-wife team Adam Murray and Kim Larkin, Modified, once favored for the indie music and local art it housed, the space is now shaping up to be one of Downtown’s premier galleries.

“The changes we made were very minimal, but the effect was drastic” Larkin says. “We have more versatility, more room for hanging [artwork].”

Indeed, the space looks bigger and brighter, but not entirely unrecognizable. The stage is noticeably absent, as is the front “bar” and the mysterious green room. Gone are the endless flyers for upcoming shows and the cramped DIY space feeling. Yet even among eggshell white walls and purposefully hung paintings, it still manages to maintain its intimacy.

It’s this feeling that Larkin hopes to keep part of Modified Arts, and a feeling she hopes the opening exhibition will elicit amongst the public. Aptly entitled “Modified Arts: Looking Back on the Future,” the collection showcases predominately local artists, or ones with local ties, and pieces with a communal message.

“We didn’t want to be reactionary by any means. We want to bring it what’s missing,” Larkin says, saying the couple worked with community members to determine what needed to be brought to Modified. “There’s a really strong community.”

The final result is the product of four months of research and heavy debate. Including pieces from the 1930s through present day, the works offer a unique take on community, Arizonan culture and the Downtown Phoenix mentality. The works range from lithographs to oils, and a detailed house structure to a lightbox. The exhibition will also feature articles on prominent or communally important Downtown neighborhoods, and photos of noted Downtown spaces. Videos from deCompression gallery and Phoenix archives will be shown, creating a “Phoenix vision” as Larkin calls it, smiling.

Wood artists Phillip Sanderson, painter Phil Curtis, colorist Dorothy Pratt and artist Rose Swartz will be shown, amongst a dozen featured artists. Larkin notes that many of the artists will be at Modified Friday night. She says that personal interaction enhances the understanding of the art by creating a bond with the artist, learning their inspirations.

“I’m trying to break away from the cold gallery environment,” Larkin says of the show’s styling. “I look for art that is conceptually rigorous, both socially relevant and relevant nationally — not just in Phoenix. There’s something really exciting and invogorating in each person’s expression. I’m interested in personal histories.”

Larkin speaks with an acknowledgment that the people showcased in the gallery are as equally necessary to community understanding as the works themselves.

“We’re looking back and recognizing some of the faces that have been here before,” Larkin says of the premiere show. “We’re taking this over from Kimber [Lanning] who was a force, such an institution, but not the only one.”

Lanning, who first opened Modified Arts in 1998, announced in October she was turning over the business to the couple. The backlash was quick and the public was vocal — both praising and criticizing the move. Yet Larkin says she’s encountered a lot of support from the art community and neighborhood as a whole.

“There’s been two distinct reactions, because there were two groups that came to Modified,” she says, referring to the music and art crowds.

Perhaps the biggest misunderstanding, which has morphed into a criticism of sorts, is that Modified will no longer be home to some of the live music Phoenicians have come to expect. On the contrary, Larkin says. Modified will still house live music performances, although the presentation will be quite a bit different and more organic. Since the stage has been removed, the performances can encompass the entire room.

The first will take place on Saturday with Static Announcements, a trio of improvisational jazz musicians; a collaboration between the rootsy TownCraft and singer/songwriter Michael Krassner; and the improvisational ensemble Dr. K’s Acoustic Playground. Look for all kinds of experimental performances to dot the calendar in the future. 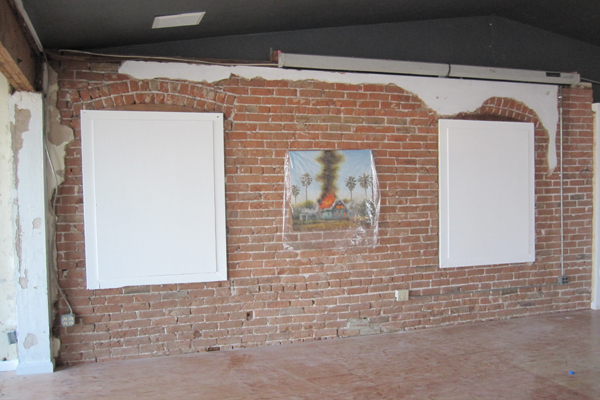