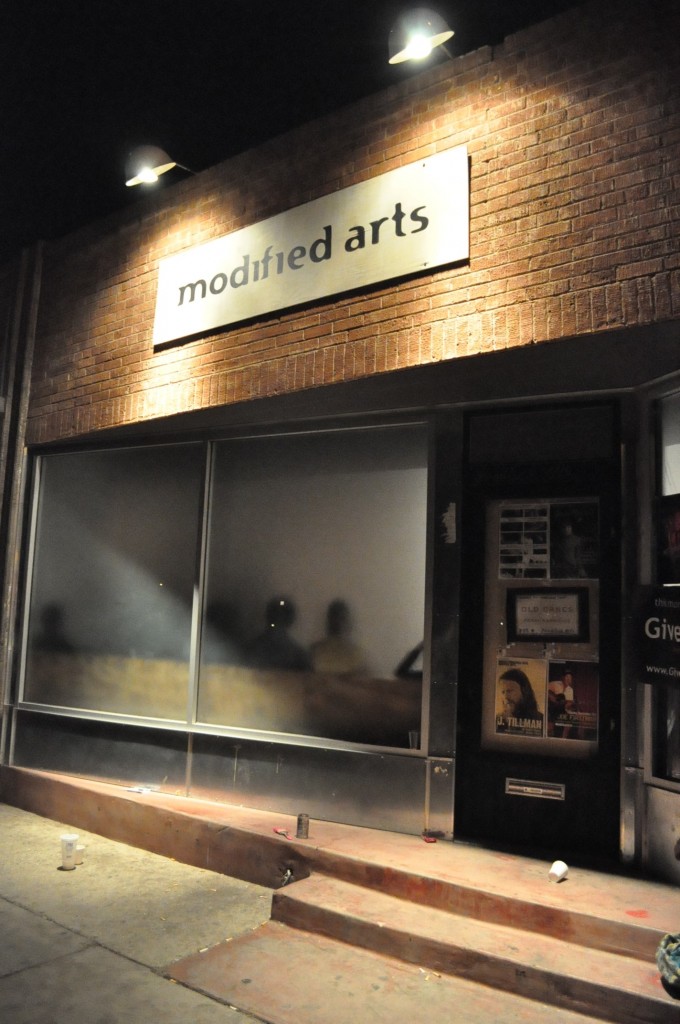 For years, the stretch of Roosevelt Street that is the present-day Roosevelt Row was blighted to the point of total disregard — a far cry from the nexus of the artwalk that it is today. But, there is a lot of history in the tiny gallery space at 407 E. Roosevelt St. that is now Modified Arts. In fact, the structure is celebrating its 90th birthday in 2010.

According to property records, the building at 407 E. Roosevelt once shared a double lot with 409 E. Roosevelt (presumably the the dirt lot directly to the west of the building that is currently for sale). Though it’s been an arts space for the better part of the past two decades, it certainly wasn’t always so.

Once a single-family home, 407’s original structure was built in 1920. Renovations to the building, including a new roof and a small expansion, were completed on its 50th anniversary in 1970. It was somewhere around this time that the building took a commercial purpose.

Walking through the previous incarnation of Modified Arts, which closed in December 2009, you could see the expansion lines by looking at the ceiling. It remains to be seen how the structure has been reconfigured for its new use as it reopens later this month.

In a 1988 property survey, the structure (and the neighborhood, in the peak of its blighted past) looked quite different. Shrouded in ivy and sans the metal façade it has today, it housed a small antiques store for several years before being rearranged as an arts space in the 1990s. Modified opened in the space in 1998, and has been there ever since.