The future is being invented in Downtown Phoenix. While much recent attention has been focused on CityScape and the Downtown ASU campus, a few blocks away, some of the brightest high school students in the state are pushing the boundaries of science and math. Working alongside Phoenix’s advanced education and bioscience communities, these students are helping to solve the problems of tomorrow.

Here, rising from the empty lots south of Roosevelt Row, is Bioscience High School. While officially a part of the Phoenix Biomedical Campus, Bioscience is quickly forging a unique identity of its own and becoming an integrated part of the Downtown community.

In the fall of 2006, Bioscience High School opened its doors at the Phoenix Prep Academy to 43 freshman, seven teachers, two staff and a principal. A year later, the school’s new building opened at the corner of 6th Street and Pierce. By 2008-09, enrollment grew to 180 students. This fall there are 253 students, including its first senior class that comprises all of the original 43 students. Next year, the school expects to achieve its full capacity of 400 students.

According to Bioscience principal Dr. Deedee Falls, the aim of Bioscience High School is to work with students to “invent the future” by preparing students for jobs “that don’t yet exist” and to solve problems that “we don’t yet know about.” Judging by their early academic success, this approach is working well. In 2008, 97% of its 10th graders meet or exceed the AIMS math exam, which is the highest public (non-charter) school percentage in the Valley, and second best in the state. Its science scores were third best in the state among non-charter schools. Moreover, in its first two years of eligibility, the school earned two consecutive AZ Learns ‘Excelling’ Achievement Profiles from the state, the highest a school can attain.

Even more impressive: Bioscience has achieved such outcomes with a high percentage of traditionally under-represented students. The school is part of the Phoenix Union High School District, but enrollment is open to all students in the Phoenix area; the main requirement is a passion for science. “Science is for everybody,” states Dr. Falls. “We give more weight to motivation than grades.” The composition of the student population illustrates this philosophy. Bioscience has one of the most diverse student bodies in Arizona, with 57% Hispanic, 11% African American, 6% Native American, 4% Asian and 21% Caucasian students. But, while they come from diverse backgrounds, their love of science has brought them together and forged a strong community dedicated to creating knowledge.

The school’s Downtown location plays a role in its success. As part of the Phoenix Bioscience campus, the school is in immediate proximity of some of the most advanced scientific research organizations in the Valley, including TGen, Arizona Science Center, ASU Downtown and Phoenix College. Bioscience students benefit from this concentration of local scientific and academic resources through site visits, guest lectures and student internships.

Bioscience’s connection to the Downtown community is not just limited to scientific collaboration. The school has also woven itself into the social fabric of Downtown as well. A great example of this has been the school’s involvement in First Fridays. Not only does the school rent out spaces in its parking structure to those participating in the monthly artwalk, but the students also set up a table to sell their own arts and crafts. Proceeds from these activities help fund school projects.

Additionally, the school is paying respect to the history of its Downtown location. It has recently received a $2.4-million grant from the city of Phoenix to renovate the historic McKinley schoolhouse for a biomedical program. This site has been connected to education since 1902, when a school was built (the current building was completed in 1919). When complete in the fall of 2010, the renovated schoolhouse building will include administrative offices, classrooms, a library/community room and student demonstration area. The renovated facility will act as a historic foil to the modern architecture of the rest of the Bioscience campus. The renovations will maintain the schoolhouse’s green space along Pierce Street, acting as a pocket oasis for students and local residents alike. 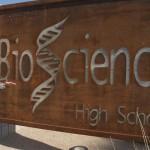 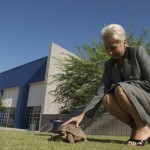 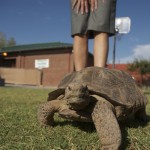 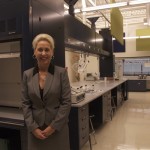 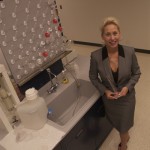 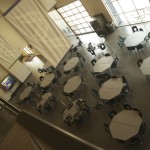 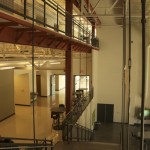 All photos by Paul Valach