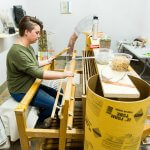 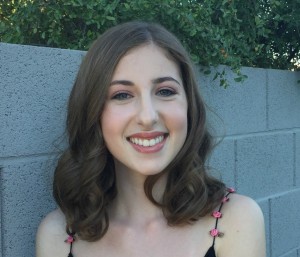 Amongst the offices and event spaces in downtown Phoenix’s Warehouse District, ASU’s Grant Street Studios is mixing art education with community. This summer, Joanna Grabski is signing on as the new director of the ASU School of Art, and she is passionate about the relationship between student art and the people of Phoenix. The near future of the space includes an expanded involvement with the surrounding community and ASU is eager to show the people of Arizona what being an art student is all about.

Since its inception, Grant Street Studios has followed a development plan consisting of several “phases.” Past developments include two art galleries, seminar areas, and studio spaces and facilities for MFA candidates. Recently, the fourth phase was completed, involving the addition of 20 new studios, as well as the movement of all facilities into the building.

In the years that the space has been part of the Downtown Phoenix community, it has made quite the impression. There have been several events held there, such as successful open houses and exhibitions at both the Step Gallery and the Northlight Gallery. With the arrival of Joanna Grabski and a new school year on the horizon, ASU is ready to take Grant Street Studios to the next level. “We’re going to be contributing to creating an innovation district downtown, really thinking about, in terms of art cities, how people are going to use space to create new projects together and create new connections,” Grabski said.

Grabski’s background in art history has helped form her aspirations for the space. Focusing on African art during her career, she has studied how art influences a city and the people living there. “When the ASU job opened up, you can imagine that I was super thrilled because there’s so much happening in Phoenix right now as an art city. I’m really eager to think about how the artists make an art scene out of their city,” Grabski said. “What’s really going on right now is the opportunity to think about creating meaningful circuitry,” Grabski said. The next phase in the development of Grant Street Studios is centered around community involvement in the arts and showing the community what is going on with the ASU art students.

Michael Crow’s concept of the “New American University” has been fundamental to planning the Studios’ community outreach. Grabski envisions it acting as an inviting space where everyone is welcome and encouraged to participate. “Part of my job is going to be to create more impact around the concept of the ‘New American University’ which has to do largely with access for everybody and serving the publics who are integral to Arizona,” Grabski said. “We are at a moment of great innovation and we’re going to see all of the outcomes take shape,” Grabski said, excited about Grant Street Studios’ future with the downtown Phoenix community.