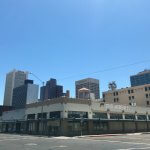 Chris Ackel and Max Bippus with CBRE’s Phoenix office represented both the tenant and the landlord, Welnick Marketplace, LLC, in the lease negotiations.

“We couldn’t be more excited about joining the downtown Phoenix community and taking part in the revitalization of the area,” said State 48’s owner, Mario Rana. “We hope to become a casual, friendly destination to gather with friends, coworkers, family and beyond over a craft beer born and brewed in Arizona.”

The second location of State 48 will feature a 20-barrel brewing system with 40-barrel fermenters, allowing the brewery to produce four-times more beer than their facility in Surprise. Also, this will be serve as the new site for canning operations for distribution. Located on Van Buren Street and Fourth Avenue, State 48’s soon-to-be new location sits at the center of the emerging Entertainment District – a one-square-mile area in downtown Phoenix that was established to attract more businesses to the area and as a result, spur economic development. Prior to this designation, restaurants, microbreweries and bars within 300 feet of a church were prohibited from applying for liquor licenses.

“State 48 is the perfect tenant to breathe new life into Welnick Marketplace while adding vibrancy to this up-and-coming section of Van Buren Street,” said CBRE’s Ackel. “We’re excited to see the tremendous momentum the brewery will bring toward the city’s vision for downtown Phoenix.”

The brewery will be in proximity to numerous music and entertainment venues, including Comerica Theatre, Crescent Ballroom and the new 1,900-person-capacity music venue, The Van Buren. Other nearby attractions include CityScape and the Phoenix Convention Center.