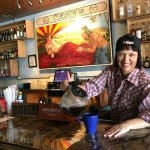 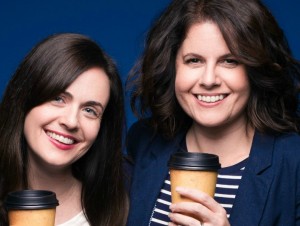 The holiday season is upon us and we’re looking forward to all the festive traditions that come with it. For all the talk of shopping and ice skating, we have to confess, we’re also pretty excited to see the return of one of our favorite TV shows from the 2000’s, Gilmore Girls on Netflix. We’re fans of the show’s mix of unique characters that populate a small town, including a mother and daughter who not only live there but love it to the point they can’t imagine living anywhere else (and who happen to have a passing resemblance to a certain brunette fast-talking DPJ duo, but we digress.)

What is it about the romantic idea of small towns that makes us feel so good? There always seem to be trees casting shade on historic buildings dotting a walkable streetscape. The restaurants and small businesses are owned by people you know by name, who don’t just serve you, but who are also the same people you have coffee or drinks with.

Then there are the creative and sometimes boisterous characters with whom you either heartily agree, or shake your head at as you listen in disbelief, depending on the topic or day.

Overall, it’s the welcoming hospitality of a community that makes you start wondering about how your life would change if you just up and moved here….er, I mean, there.

This is starting to sound a little familiar isn’t it?

Could it be that for all of its big city vibes, downtown Phoenix is at the same time very much like a small town? Are we really so lucky as to have found our own version of Stars Hollow in the sixth largest city in the nation?

Or is the holiday season warmly luring us into some romantic televised fantasy?

Pull Up A Seat

While we may not have Luke’s Diner, we have Carly’s Bistro and countless other local restaurants where you’re always welcome, and chances are they know your name or your favorite order. The owner of Carly’s, Carla Wade Logan, knows everyone and her opinions are as straight and strong as the coffee served in Luke’s. The cubano sandwich is a fan favorite, their happy hour is one of the happiest (economical) around, and they exemplify the surrounding arts community. Downtown Phoenix wouldn’t be the same without Roosevelt Row and Roosevelt Row certainly wouldn’t be the same without Carly’s.

A line you’ll typically hear around our office is “I can always eat,” and for this reason, we are very fortunate to be in downtown Phoenix. With too many favorites to name (Cibo, Crescent Ballroom, Pizzeria Bianco, The Vig, Azteca, Phoenix Public Market, FEZ, Nobuo at Teeter House, Bitter and Twisted, Durant’s, etc.), like Gilmore Girls’ Sookie, there are many downtown chefs whose kitchens turn out the most heavenly of tastes every. single. time. Chef Stephen Jones of The Larder + The Delta.

Chef Stephen Jones of The Larder + The Delta in DeSoto Central Market, with his twinkling eyes and knowing grin, has that kind of magic. He makes the humble cauliflower a firework of flavor and has a chicken sandwich that skips the whole meat thing, serving up only the delectable skin (!). Plus he sells sarsaparillas and cream soda. Are you kidding? Pure awesomeness.

Like Stars Hollow’s town meetings, the Downtown Voices Coalition discusses the issues that are most important to our residents for the future of our community. Led by the typically-bow-tie-wearing chair Tim Eigo, DVC is the thinking community’s meeting without the fluff. A formal city council meeting this is not. This is a Saturday morning, bring your bed head if you must, sit on the floor or grab a bean bag because we ran out of actual chairs meeting, that you have to attend if you want to know anything about anything downtown. Going on nearly 13 years, this is the meeting that community, business and city representatives attend to get a pulse of our developing downtown.

Just like the Stars Hollow town square, we have places like Hance Park, The Phoenix Public Market, Civic Space Park and Heritage Square, where we cross paths with our fellow downtown residents at special events or just in daily life. Though we don’t have the Founders Firelight Festival or Revolutionary War Reenactments, we do have movie nights, Noche en Blanco, Phoestivus and many more events unique to downtown Phoenix. In downtown Phoenix, we seem to have found our tight knit community filled with unique characters, who add color and life to this little piece of the desert. Far from living in a bubble, this place we call home is where we can be ourselves alongside everyone else who is just being themselves, and that makes it a pretty great place to be.