An Argument for Phoenix 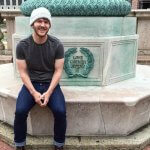 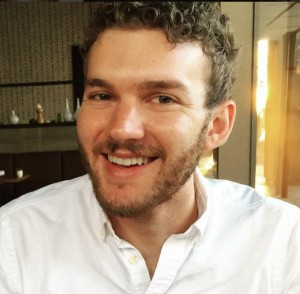 I am about to leave Manhattan for Phoenix. I sometimes say that I am moving because the pizza is better in Phoenix—I really do believe that’s true. Pizzeria Bianco’s superlatives are well known. Though I love it as much for the memories as for the food. Let me explain. My name is Roger; I study law at Columbia University in New York. Phoenix was home growing up, but I moved to New York for law school after studying in Chicago. I quite recently decided against a career in New York.

For Columbia, this decision felt almost rebellious. The large majority Columbia law students begin their career at elite firms in Manhattan. Indeed, after our first year, dozens of these firms come to Columbia to recruit and interview students. But I dreaded the interviews—my heart was not in it.

Even before the interviews began I realized I did not want to start my career in New York. Though, it was not really that I decided against New York or Chicago or anywhere else. It was that I had already chosen Phoenix.

Phoenix is in a special moment. Or maybe it is just a special city. Regardless, I don’t think what is special about Phoenix is any secret.   The city has the perfect balance of infrastructure and opportunity. This city has been started, but it is far from being finished. Phoenix has developed just enough to provide the resources for even more growth. This is evident all over the city. Downtown is revitalized, but storefronts and lots still wait to be developed. Tech firms are here from California, but new start-ups are maturing in coworking spaces. Office space is waiting to be used to realize a dream and you do not need to raise capital just to lease it.

Before Chris Bianco, Phoenix had local farms growing high quality produce. It had the charming brick house in Heritage Square. Phoenix just needed someone to seize the opportunity presented.   Unlike too many other cities, Phoenix is not reserved for a select few. And its best days are not behind it. I came to think of Phoenix this way in the spring a few years ago. I was on break, studying for the next weeks’ classes at Lux. Former Mayor Phil Gordon was there and happened to see my books. He struck up a short conversation about law school. He asked where I studied. When I told him he quickly, confidently told me to move back.

That moment, I understood that Phoenix is a city where even a student can have coffee with the mayor.