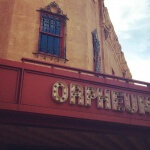 Through a partnership with the Institute for Digital Progress (iDP), Phoenix will compete alongside Barcelona, Granada, Dubai, Austin, Guatemala City and Portland with an ultimate goal of creating a global network of “smart cities.

”  The Phoenix Smart City Hack is the largest smart city/civic technology event in the State of Arizona. At the City Finale, the top five local finalists will pitch their product live on stage. A panel of judges and a live audience text-to-vote will crown the Phoenix City Champion. The winning team will travel to Barcelona on an all-expenses paid trip to represent the City of Phoenix and showcase their solution at the international competition at the Smart City Expo in November.

“For the second year, the Smart City Hack Finale will showcase the best and brightest smart-city technology companies in our community,” said Phoenix Mayor Greg Stanton. “Our entrepreneurial ecosystem is rising quickly, and this event will put another great local company on an international stage to highlight the level of talent in Phoenix.” “Competitions like the Smart City Hack are fundamental to promoting Phoenix’s entrepreneurial character,” said Councilman Daniel Valenzuela. “Thanks to the Institute for Digital Progress we now have a platform to foster large-scale entrepreneurship around our city’s most pressing urban issues. I look forward to having our #yesphx community showcased to entrepreneurs and cities around the world.”

“The Smart City Hack competition represents a smarter, more collaborative approach to solving the unique challenges facing our city,” said Dominic Papa with the Institute for Digital Progress. “It puts local citizens at the center of its efforts, understanding that cities are no longer created for citizens but also by citizens.”

As a special feature of this year’s competition, a keynote panel of national smart city experts will discuss how technology, collaboration, and entrepreneurship are coming together to transform our cities. The theme is “The Smart City as an Opportunity for Entrepreneurship.” The moderator is Ji Mi Choi, Associate Vice President, Strategic Partnerships and Programs’ Knowledge Enterprise Development at Arizona State University.

There will be three prize winners at the Oct. 21 City Finale:
• City Finale Grand Champion – $3,000 +
Airfare, admission and accommodation to the 2016 Smart City Expo in Barcelona, Spain (November 15-17, 2016), the premier international gathering site for smart city technology and innovation from across the globe. Grand Prize is sponsored by the Institute for Digital Progress.
• City Finale 1st Runner-up – $1,000 – Sponsored by Downtown Phoenix Inc.
• City Finale 2nd Runner-up – $500– Sponsored by Cisco Systems

More information is available online at www.azidp.com or by e-mailing info@idp.city.